Following a record-breaking winter, the March earnings reports from Bob Evans, Cracker Barrel, Dunkin’ Donuts and other restaurant chains read like the captain’s log of a doomed schooner: 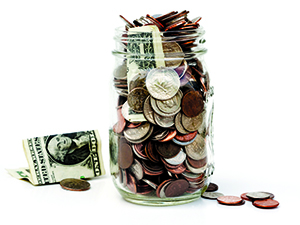 “Day 23 of subzero temperatures: We face headwinds from the severe winter storms that continue to blow. The Polar Vortex has taken its toll, and I fear we cannot offset its effects with pricing. We’ve seen little sign of civilization for days; customers have retreated to their homes and are conserving their resources. All’s not lost, but hope is fading among the crew.”

With “frigid and bitter” conditions predicted for the upcoming winter, operators already are preparing, checking systems and making upgrades.

“The landscape for rebates and discount programs has improved,” says Michael Oshman, head of the Green Restaurant Association. Some states, cities and towns will conduct a free audit of your HVAC, refrigeration, lighting and other systems. If new equipment is needed, utilities may cover 75 or 80 percent of the cost. “Now it pays for itself in seven months versus a year or two,” he says.

Henry Bronson has solar panels at his restaurant Bistro Henry Steak and Seafood in Manchester Center, Vt. While they shave about 10 percent off his hot water and electricity, they don’t directly reduce his heating costs. Eyeing the spread between oil and propane prices, he decided to switch to propane last year, paying $2,000 to retrofit his heating system. Even as prices on both inched up, shrinking the spread, the change “paid for itself pretty much in a heating season,” he says.

Sustainability is a focus at Great Lakes Brewing Co. in Cleveland. To keep the indoor-outdoor beer garden at its brewpub warm in the winter, the operators installed elements that would enhance, not distract from, the decor: a retractable roof, radiant-heat fireplace and floors and a straw-bale wall.