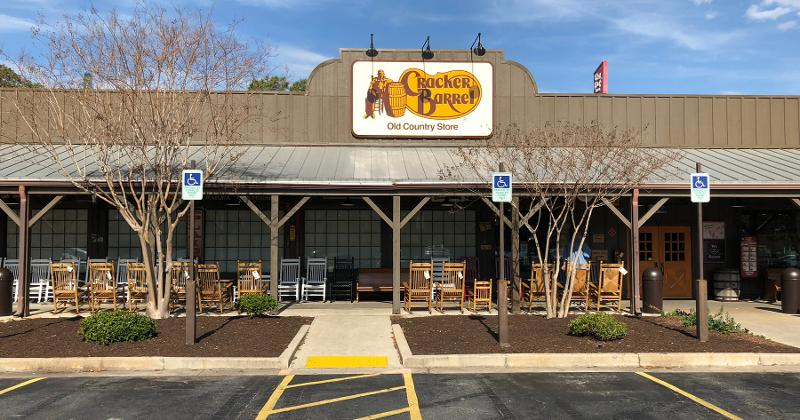 As the costs of food and labor continue to rise for Cracker Barrel, the chain is planning to raise its menu prices over the next several months, joining just about every restaurant in the country in doing so.

But the family-dining chain that prides itself on everyday value is treading lightly around a 6% increase for the third and fourth fiscal quarters to avoid scaring off price-sensitive consumers.

“Instead of doing two big increases, which is historically what we have done, now we're doing more small, incremental pricing moves,” CEO Sandra Cochran told analysts Tuesday. That will allow the chain to monitor how its customers react to the higher prices—and cancel them if traffic or menu mix starts to move in the wrong direction.

The chain’s total pricing in the fiscal second quarter was 5.3%, which resulted in “minimal impact” to traffic and mix, said CFO Craig Pommells. It will make “a couple” moves each in the third and fourth quarter that will bring its total year-over-year price increase just above 6%.

Notably, the hikes won’t apply to Cracker Barrel’s value menus, like its $5.99 Sunrise Specials at breakfast and its $6.99 lunch specials.

“I think because we're protecting those and we're committed to, we feel like our guests are still going to know us as a destination for everyday value,” said CMO Jennifer Tate.

The pricing is part of the chain’s efforts to offset commodity and wage inflation, which stood at 8.5% and 10.8%, respectively, in the quarter ended Jan. 28. Executives expected those rates to peak in the current quarter, at 15% for commodities and 11% or 12% for wages.

Those costs have eaten into the company’s restaurant-level operating margins, which were expected to finish the third quarter at around 5%. By the fourth quarter, the chain wants to get them back to around 8%, where they were at the end of fiscal 2021. In addition to higher prices, the return of summer travel and investments in staff productivity were also expected to aid profits.

Same-store restaurant sales at the Lebanon, Tenn.-based chain rose 1.9% during the quarter compared to 2019. Sales had risen as high as the mid-single digits before the omicron wave struck, slowing traffic and leading to what Cochran said was a “historically high” number of staff callouts. Bad weather in key markets also played a role.

Sales had begun to approach their pre-omicron levels about halfway through February, Pommells said. He did not provide a same-store sales estimate for the current quarter, but predicted total revenues would reach $800 million, which would be about an 8% increase over the 2019 period.

“The $800 million, I think, would imply that we have ongoing improvement as the quarter progresses,” Pommells said.

Revenues for the second quarter were $862.3 million. The off-premise channel continued to exceed executives’ expectations, accounting for 24% of all sales, which was about the same as last year. Within off-premise, catering sales increased significantly, which executives credited to falling COVID-19 cases and the return of larger gatherings and work events.