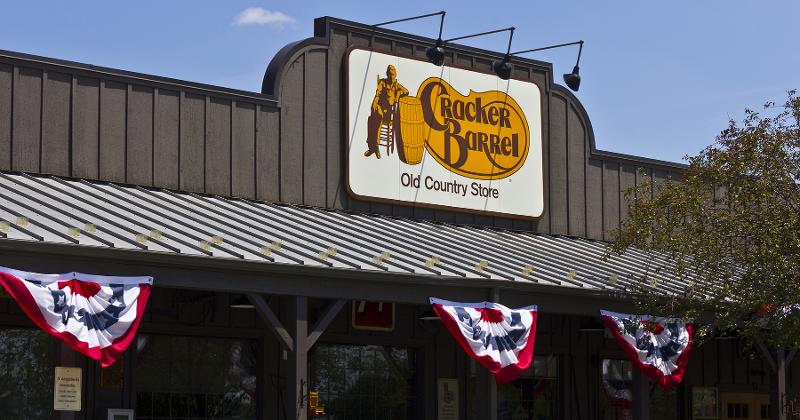 In 2011, Sardar Biglari was an up-and-coming activist investor who had taken over Steak ‘n Shake and then turned it around. And he set his sights on the family dining chain Cracker Barrel.

Over an 18-month period, Biglari, through Biglari Holdings, acquired 4.7 million shares of the company for $241 million. He then tried to get on the company’s board three times, only to lose each time.

But it’s difficult to argue that he really lost over the long-term, at least when you look at the performance of this one investment, because his company has made hundreds of millions of dollars with it.

First, because Biglari held 20% of Cracker Barrel stock, the only way the company could give cash to shareholders was through a dividend, rather than a stock buyback. That has been a major boon to Biglari Holdings, which over the years has received $208.5 million in dividend payments, according to Biglari’s letter to shareholders, released on Monday.

Meanwhile, Biglari Holdings has unloaded more than half of its Cracker Barrel stock, selling it for $472.7 million.

Biglari still owns 8.3% of Cracker Barrel, which is worth $307.5 million—still a higher value than the amount Big paid for all of his holdings in 2011 and 2012—thanks to the overall appreciation in value of Cracker Barrel.

Add it all together, and that investment today is worth nearly $1 billion in overall value. That 2011 Cracker Barrel investment has made Biglari another $747 million.

To put that into perspective: Biglari Holdings’ entire enterprise value is just over $600 million, according to the financial services site Sentieo.

Biglari gets credit for seeing potential in an investment when its stock price was at its nadir, then riding its growth even as the company repeatedly rebuffed anything the investor wanted to do. That included demands for special dividends in addition to spots on the board of directors.

At the same time, Cracker Barrel promoted Sandra Cochran to be its new CEO the year that Biglari made his initial investment.

All she’s done in the nine years since is guide the highwayside family dining chain to some remarkably consistent performance. The company is now taking some bold steps, paying $36 million to buy Maple Street Biscuit Co., and investing $140 million into Punch Bowl Social.

Biglari has requested documents on those deals despite the sale of his stock in the company, either as a run-up for another proxy or maybe to just remind Cracker Barrel that he is still out there.

Still, Cracker Barrel has clearly outperformed Biglari’s own chain, Steak ‘n Shake, which Biglari took over in 2008. After seven years of consistently strong same-store sales, the chain’s comparable-store sales have fallen each of the past three years.

That includes a 6.9% decline in 2019 that included an 11.2% decline in traffic. The company has now closed 107 company-owned locations, with plans to convert “most” of them into a counter-service model in a bid to save money on labor costs.