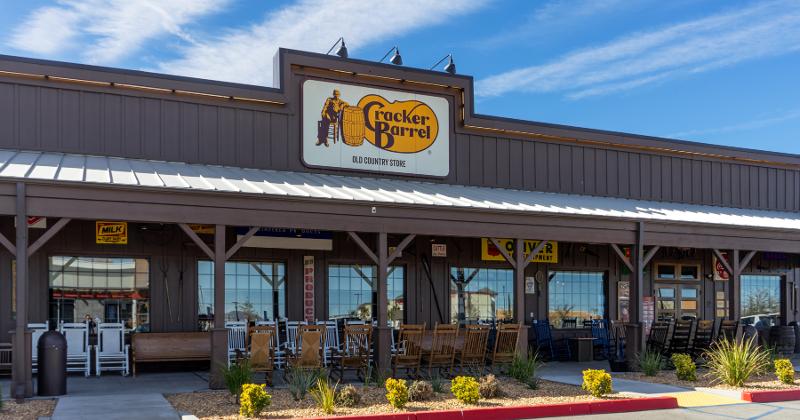 A Tennessee jury last week ordered Cracker Barrel to pay millions of dollars in damages to a man who was served cleaning chemicals instead of water at one of its restaurants almost eight yeas ago.

On April 25, 2014, William Cronnon was eating lunch at a Cracker Barrel in Marion County, Tenn., according to a complaint filed in 2015. He was served what he thought was ice water, but after taking a drink, he felt "a burning sensation in his mouth and esophagus" and realized it was some sort of chemical.

It was later determined that the server had given Cronnon a sanitizer called Eco-San that was being used to clean the kitchen at the time. The corrosive chemical caused "permanent and serious physical injury" to Cronnon that he continued to suffer from, the complaint said.

He sued the Lebanon, Tenn.-based company for $150,000 in damages, but the jury elected to award him far more than that. It ordered Cracker Barrel to pay $4.3 million in compensatory damages and $5 million in damages meant to punish the company and deter future incidents.

The compensatory damages were limited to $1.5 million by state law, bringing the total to $6.5 million, a Cracker Barrel spokesperson said.

In leveling the $5 million, the jury cited the "objectionable nature" of the incident, Cracker Barrel's "awareness of the amount of harm being caused" and its unwillingness to fix the problem or offer a "prompt and fair settlement," according to court documents.

"While we have great respect for the legal process, we are obviously disappointed by and strongly disagree with the jury’s award in this case, which involved an unfortunate and isolated incident that occurred at one of our stores eight years ago," the Cracker Barrel spokesperson said. "Although we are considering our options with respect to this verdict, we are glad this matter is behind us so we can better focus on caring for our guests and employees around the country."

The 664-unit chain has struggled to bounce back from the pandemic relative to some of its casual-dining peers. Its two-year same-store sales turned positive in its most recent quarter, up 1.4%, on total revenues of $785 million.