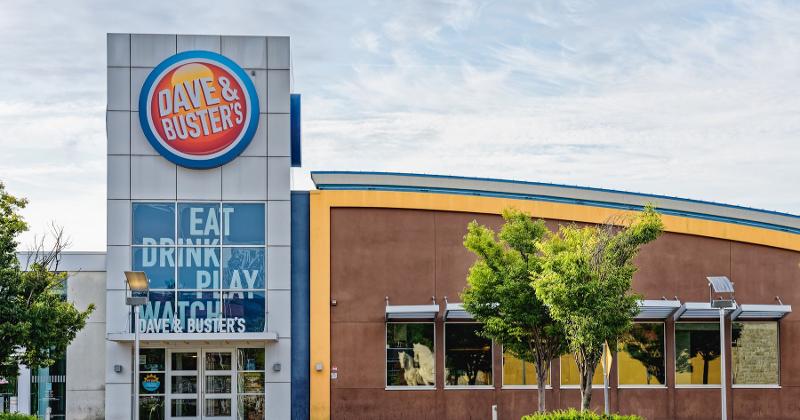 Throughout the course of Dave & Buster’s $835 million deal to acquire fellow food-and-games brand Main Event, the companies have touted the millions of dollars in “synergies” the pairing creates.

“We’ve got four locations that are Dave & Buster’s locations, as an example, that are big and unwieldy for Dave and Buster’s but they fit perfectly as Main Event locations,” Sheehan told analysts about two weeks after the acquisition’s completion. “So, that’s taking a brand and rejuvenating it with a new format, and then opening more Dave & Buster’s stores.”

Though they’re both eatertainment chains, Dave & Buster’s and Main Event have many differences.

At 55,000 square feet, the average Main Event is significantly larger than the typical 40,000-square-foot Dave & Buster’s. That’s because Main Event has large-format games like bowling, laser tag and escape rooms.

Main Event’s prime demographic is families with young children, while Dave & Buster’s skews toward young adults out for a night of fun.

Dave & Buster’s, which has been in business for 40 years, currently has a much larger U.S. footprint, with 147 North American locations. Main Event, which first opened in 1998, has 50 locations in 17 states.

Also of note is the different speed in which the two concepts have recovered from the pandemic.

Recovery, meanwhile, has been slower at Dave & Buster’s. The eatertainment chain’s same-store sales rose 10.9% during the first quarter compared to 2019.

Chris Morris, the new CEO of the combined company who was previously the head of Main Event, credited that chain’s swift recovery with being able to keep the majority of its workforce during the shutdown, rethinking its service model during the height of the pandemic and, simply, geographic good luck.

“The Main Event geographical footprint is heavily weighted in the southern U.S., which benefitted the brand from a more-robust recovery than in more COVID-restricted regions of the U.S.,” Morris said during the call.

The company said it intends to open a total of six new units by the end of the fiscal year, four Dave & Buster’s locations and two Main Events.