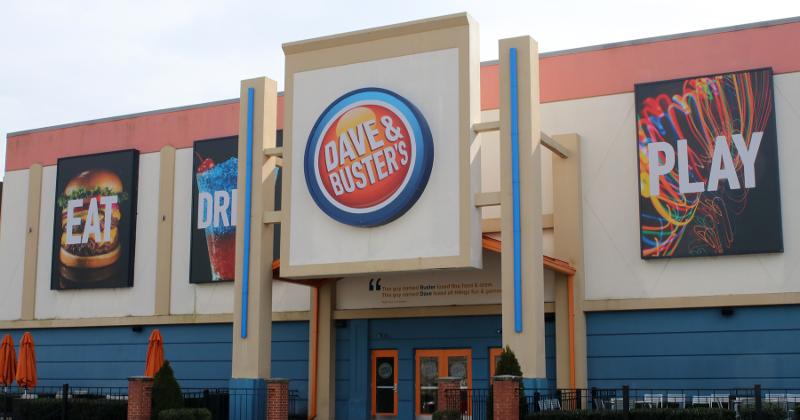 Declaring “our brand is back,” Dave & Buster’s CEO Brian Jenkins expressed optimism for the future of his food-and-games chain Thursday as it re-opens more of its locations claws its way out of the pandemic.

“We have a solid financial foundation, and we are ready to move full speed ahead into summer,” Jenkins said in a statement reporting the chain’s first quarter earnings. “We are encouraged by our momentum and are thankful for the hard work and commitment of all of our team members.”

Dallas-based Dave & Buster’s started Q1 with 107 open stores, about 76% of its total. It had re-opened 138 stores by May 2, the quarter’s end—including its all-important New York and California locations. The 141-unit chain also opened one new store during the quarter.

Most of those stores operated under reduced hours and some capacity restrictions for at least some of the quarter.

The company still has some ways to go before it can fully declare a recovery, however.

Dave & Buster’s reported total Q1 revenue of $263.3 million, about $100 million less than it earned during the same period in 2019. Same-store sales fell 35% during Q1 compared to pre-pandemic numbers. At stores that have fully reopened, however, same-store sales declined 17% compared to Q1 2019.

“The strength and resilience of the Dave & Buster’s brand has never been more evident,” Jenkins said. “We saw a significant improvement in demand across our store base in the first quarter, including at our recently re-opened New York and California stores.”

Dave & Buster’s has previously stated that its 30 food-and-games locations in California and New York made up a quarter of the chain’s sales pre-pandemic.

Dave & Buster’s this week announced its summer of “DING DING DING” as part of a large-scale “We’re Back” marketing campaign. The chain said it is adding seven new games to its locations and is also expanding its menu to add 23 new dishes and four summer cocktails.