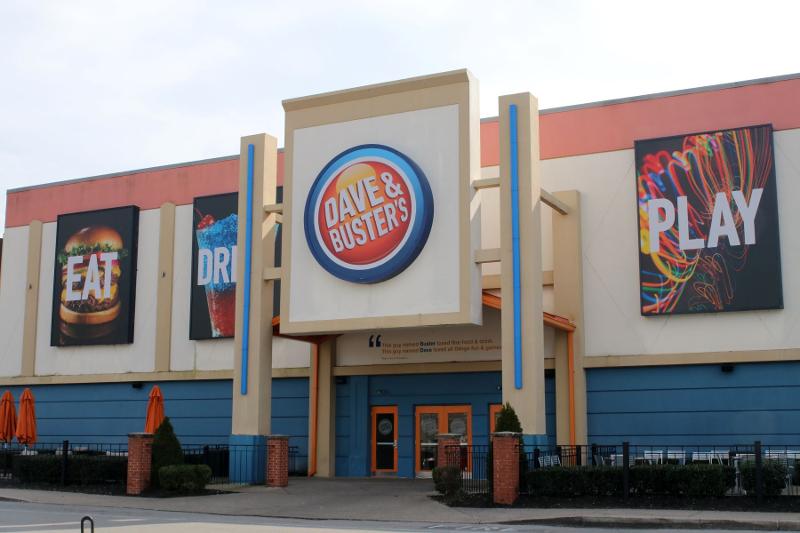 Customers are apparently flocking to eatertainment chains again, at least according to Dave & Buster’s and its new acquisition, Main Event.

But it costs more to run those facilities, and that cost the company on Wall Street Thursday.

Dave & Buster’s said that same-store sales at both of its chains accelerated in August compared with earlier in the summer.

Margins, however, did not quite follow along. Store margins were 29.2% of revenues in the second quarter ended July 31. That was a 30-basis-point increase compared with three years ago.

While that was positive, it was much lower than the 200-basis-point margin improvement the company expected. “We obviously did not see that in this quarter,” Chris Morris, who was named CEO earlier this year as part of Dave & Buster’s $835 million purchase of Main Event, told investors Wednesday, according to a transcript on the financial services site Sentieo.

That sent the company’s stock price plunging more than 12% Thursday.

Unsurprisingly, the company’s problem was rooted in food and labor costs. Morris said the company “saw substantial headwinds” from higher wages and commodity costs. Executives believe they’ve seen the worst of it.

“I hope we’ve hit the peak at this point,” Michael Quartieri, Dave & Buster’s CFO, told investors, according to Sentieo. “It seems that would be the case.”

That said, executives said they are working with the two brands to find cost savings opportunities, which is one of the primary benefits behind the merger in the first place. The two brands are working to share ideas, such as server tablets that have proven to improve labor efficiency.

But, Morris said, “I would say both brands have an opportunity to do a better job embracing guest-facing technology, to not only improve labor productivity, but also do it in a way to elevate the guest experience.”

Still, the company benefitted from strong sales improvement in the late summer, despite general weakness in its special event business.

Executives were hard-pressed to explain the improvement. “We’re incredibly enthusiastic about the momentum that we’re seeing in both businesses,” Morris said. “We’re very optimistic about the direction of both brands.”

But, he said, “there’s really not one single thing we can point to. But what I’ll tell you is we’re seeing that acceleration across the entire portfolio.”