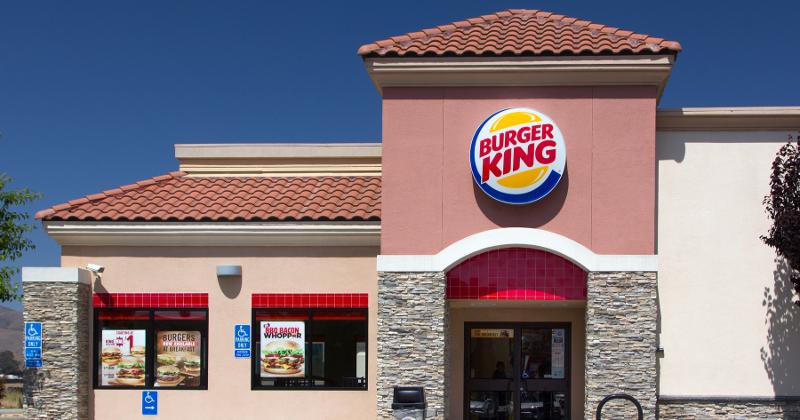 Sales improved at Burger King in the second quarter, thanks to digital and fewer discounts. / Photograph: Shutterstock.

The Toronto-based brand operator on Thursday said that digital sales now account for a third of system sales at its four concepts, also including Popeyes and Firehouse Subs, totaling more than $3 billion in system sales

Revenues at the company rose 14% to $1.6 billion. Net income declined 12% to $346 million or 76 cents per share. But the company’s results bested investors’ expectations and its stock rose 5% in pre-market trading on Thursday.

Driving much of the company’s overall performance was strong sales at Tim Hortons in Canada and Burger King outside the U.S., while its domestic operations for the burger chain, along with Popeyes Louisiana Kitchen, improved in the period.

Same-store sales increased 14% at Tim Hortons in Canada and the company said that its performance is now better than pre-pandemic levels. Tim Hortons’ sales recovered more slowly in Canada than they did in other markets, due largely to more aggressive COVID-related restrictions there.

Sales are up 2% compared with 2019. The company sold more breakfast, baked goods and coffee, and its second collaboration with Justin Bieber helped drive performance, company executives said on Thursday.

Burger King’s international same-store sales rose 18%. In the U.S., same-store sales were flat. The company said that its gap with competitors like McDonald’s and Wendy’s narrowed in the period.

The company said the improvement came from removing the Whopper from its discount program along with its simplification effort that led to improved operations. Company executives did note that comparisons were more difficult due to the impact of stimulus payments a year ago.

Same-store sales were also flat at Popeyes in the U.S., which represented an improvement for the chicken chain. Same-store sales had been down five of the past six quarters as the company struggled to keep pace with its post-chicken sandwich performance and labor challenges persisted at many of its restaurants.

Same-store sales declined 1.4% at Firehouse Subs, which was comparing itself with a 31% increase from the same period a year ago.

Restaurant Brands International, like many fast-food operators, has been focused on improving digital sales with mobile apps and loyalty programs, delivery and digital menu boards. At Tims, where digital represents a third of system sales, the Justin Bieber collaboration attracted a younger, more digitally focused customer base, helping drive those sales.