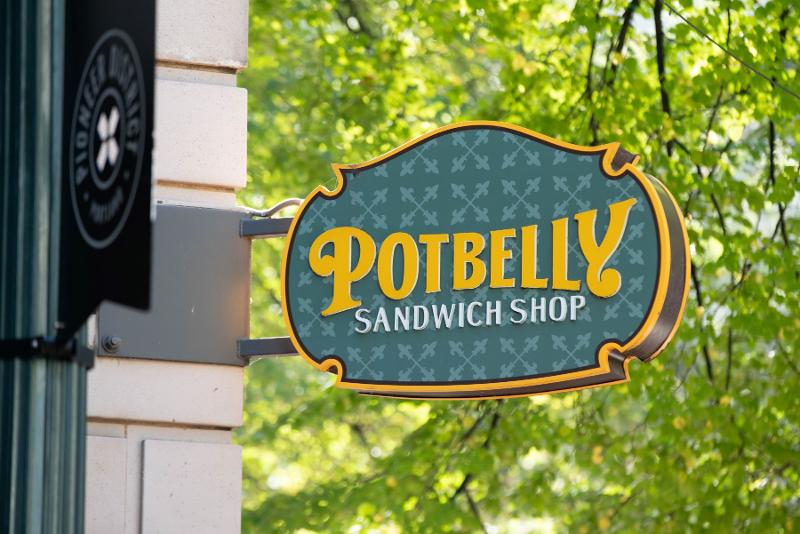 Potbelly said last week that its same-store sales rose 17.2% in the second quarter, with average unit volumes hitting a record high. The company also turned a profit of $600,000 in the period, a $4.5 million improvement from the same period a year ago.

Potbelly is planning more of that. The company is testing new in-store technology it calls the Potbelly Digital Kitchen, which is designed to improve the efficiency of its online orders while also improving in-shop visits.

“We believe this project has great potential to build on the customer-facing digital investments we’ve made over the last 18 months,” CEO Bob Wright told investors on Thursday, according to a transcript on the financial services site Sentieo.

By digitizing both lines, online and in-store orders are sent to the lines digitally, which can help the company determine potential problems. “We get the advantage of monitoring all our shops that have those systems in place so we can troubleshoot and coach where there may be gaps,” Wright said. “We can also use that data to continue to tune [labor] and enhance the system itself.”

The company has the system in place in “more than a handful” of its shops and are “pleased with the results so far.”

Wright said the digital kitchen can improve speed of service and on-time orders, improve accuracy and food quality. The company is now considering a broader rollout to the entire system, which includes 393 corporate units and 47 franchises.

“We’re at the point where we’re going to be contemplating what the investment costs would be for a broader rollout,” Wright said.

Potbelly’s digital sales were given a boost in part because of its loyalty program, which now has 2.2 million members.

The company used targeted offers to increase downloads and used digital marketing and paid social campaigns, which helped generate sales in the quarter. Wright called the company’s digital marketing efforts “highly encouraging” and said he expects them to be major growth drivers in the future.

The company also got some traction in the period with its innovation, something it hasn’t done in some time. It rolled out Cold Brew coffee and brought back a Cubano Sandwich and a Lemon Cheesecake Cookie, which generated higher sales and transactions.

“We’ve enjoyed bringing food innovation back,” Wright said. “Sandwiches provide a pretty clear quality lift to the brand, and Cubano did that.”