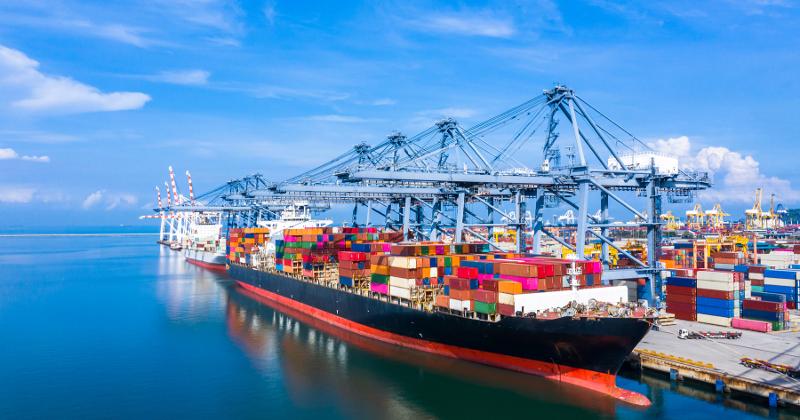 Shipping delays can be expected to last until late next year./Photograph: Shutterstock

Restaurants looking to replace old fryers or build new locations have found it can sometimes take months to get equipment in the door, thanks to a backlog of imports that has left two dozen or more container ships waiting outside of U.S. ports.

Such waits are likely to continue to be a problem for the foreseeable future. Mark Rossi, CEO of Avanti Restaurant Solutions, said on this week’s episode of the RB podcast “A Deeper Dive” that the supply chain challenges could be expected to persist until at least January.

“We’re mile 11 in a marathon,” Rossi said. He noted that numerous experts have told him it would likely be this time next year before the situation clears up. He expects it could take longer than that, January of 2023, and perhaps into February.

The problem is rooted in the pandemic. Closures of factories drained supplies and the shutdowns messed the demand equation. As quarantine rules were eased, demands for all sorts of goods soared faster than many factories could keep up.

Many manufacturers have also struggled to get workers back. The labor challenges restaurants are feeling are evident in other industries, too.

The current issue is due largely to a lack of drivers. Trucking companies can’t find enough drivers to meet demand, so container ships sit and wait to get unloaded. The number of container ships sitting outside the Los Angeles/Long Beach port is 4.8 times what it was before the pandemic, according to the publication American Shipper.

“There are probably 32 ships sitting out there, waiting, all loaded,” Rossi said.

Meanwhile, he said, rail stations are backed up because they had shifted to precision logistics, moving fewer trains with more cars per train, and issues at warehouses have also caused problems. “It all just keeps compounding,” Rossi said.

The challenge for operators is coming at a time when they’re dealing with a host of other issues—notably their own labor shortage, as well as integration of technology and trouble getting food supplies in the door.

“Everybody is getting shelled,” Rossi said. “Everyone is on edge.”

He said it can take up to six months to get equipment deliveries. Rossi said that solving that requires early planning. “Everybody’s got to get in line,” he said. “Get in line sooner rather than later.”

Rossi also stressed that operators need to be flexible in the kinds of equipment they should get. He recommended focusing on simpler equipment that might be more available, such as a griddle with manual temperature control rather than an automated one.

“The more simple equipment is going to be more readily available,” Rossi said. “You have to wonder whether it’s more expensive to sit there and eat rent and not be able to ring the register or get open and get by and swap equipment later.”

Used equipment can also work, and demand for such equipment has soared since the outset of the pandemic and is unlikely to ease anytime soon.

Generally, he said, be flexible. “I don’t see it going away anytime soon until these guys catch up,” Rossi said.