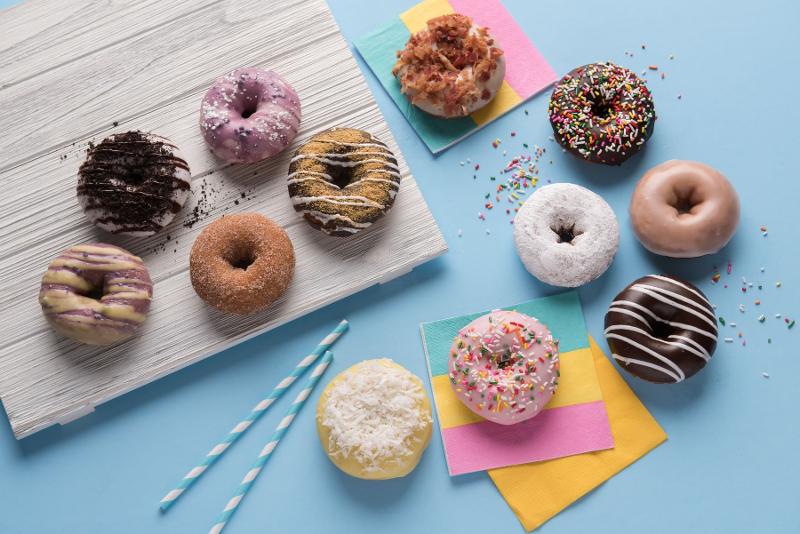 Duck Donuts, the Mechanicsburg, Pa.-based chain of donut franchises, on Tuesday said it has sold a majority stake to NewSpring Capital, a private equity firm making a bigger move into the franchise space.

Duck Donuts also named Betsy Hamm its CEO. Hamm, who had been chief operating officer, takes over for Russ DiGilio, who founded the chain in 2007 in the North Carolina town of Duck and has been its CEO since. DiGilio will remain a “significant owner” in the chain and will be on the company’s board.

“Our intention was to find a strategic partner from a financial standpoint but also from an experience standpoint,” DiGilio said. “I was also looking for myself. You’ve got to look ahead at what’s coming. I wanted some personal time. But I still wanted to be involved.”

Hamm has been with Duck Donuts for five years, first to lead the company’s marketing function before receiving the COO title 18 months into her tenure.

She takes over leadership of one of the fastest growing donut chains in the country. Though sales stumbled last year due to the pandemic, Duck Donuts has nearly doubled in unit count over the past three years and its system sales are up 75% over that time, according to data from Restaurant Business sister company Technomic. The chain currently operates 101 locations.

The company has seen some strong sales in recent weeks, Hamm said in an interview, as consumers take their stimulus checks and start spending it at restaurants. “We have been seeing really great sales bounceback, especially in the past month,” Hamm said, noting that the chain is besting its 2019 numbers.

Duck Donuts is known for its made-to-order donuts that are served warm. It will be the second franchise for NewSpring, which manages more than $2 billion in assets in five distinct strategies. This is the second major investment in NewSpring’s franchise strategy—it also owns a “Blow Dry Bar” franchise called Blo.

“At NewSpring Franchise, we seek out multi-unit brands with a loyal customer base and a fast-growing geographic footprint,” Patrick Sugrue, NewSpring’s general partner, said in a statement. “Duck Donuts perfectly fits that model.” He noted that the company is “differentiated by its customer experience” and that Hamm “has done a tremendous job expanding the company’s presence in communities across the country.”

Duck Donuts has a significant presence in the East Coast but is eyeing the Midwest as it ramps up future growth. Hamm said the company’s plan is to add more than 50 locations a year. She said the company is identifying both traditional and nontraditional locations, including entertainment venues.

“We’re really looking forward to accelerating growth,” she said. “We’re identifying markets where we can have future success. There are still markets to backfill. But we can expand throughout the Midwest as well as the West Coast.”