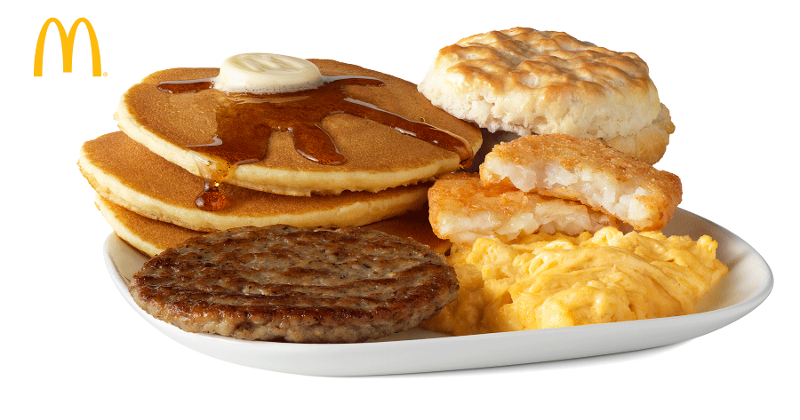 On Thursday, McDonald’s said its U.S. same-store sales rose 5.5%--and more than 10% on a two-year basis—which helped the Chicago-based burger giant recover from the pandemic and earn its sixth straight year of comparable restaurant sales growth.

The performance is surprising for two reasons: The pandemic has been tough on the morning daypart generally and Wendy’s entered the market in March—giving McDonald’s a difficult new competitor for morning consumers.

“It didn’t have a significant impact on our breakfast business,” Kempczinski said on the company’s fourth-quarter earnings call.

Breakfast over the past 15 years has become an increasingly important daypart to McDonald’s. Its sales in the morning dwarf that of its nearest competitors, both in terms of total dollar amount and in percentage of overall sales. Even during the chain’s most difficult years in 2013 and 2014 its breakfast daypart grew.

The company’s breakfast products became so popular, in fact, that pressure built on McDonald’s to start serving those products all day, which it did starting in 2015.

But sales and traffic have suffered in the morning more recently. McDonald’s tried all sorts of efforts to get customers back in the a.m., including value offers and products unique to the morning. The company finally appeared to gain traction early last year—same-store sales grew during breakfast in the first quarter of 2020, for instance.

The pandemic changed the equation. With people working from home, they weren’t driving to work and stopping at McDonald’s along the way—or just about any other breakfast-focused concept. The morning became one of the toughest dayparts in the industry.

The entry of Wendy’s into that market only made matters more difficult. And the Dublin, Ohio-based burger chain generated some surprising early success with its breakfast entry—first getting strong sales out of the gate, and then by maintaining some sales even after curiosity customers left. Breakfast was at 7% of Wendy’s sales in the third quarter.

But consumers have been returning to restaurants in the months since the pandemic started. Morning-oriented concepts Dunkin’ and Starbucks both saw improving sales in the post-pandemic market. And it’s worth noting that same-store sales at Starbucks’ U.S. drive-thru locations rose 10% in the last three months of 2020—1,500 basis points higher than its overall domestic performance in the period.

McDonald’s has a lot more drive-thrus than either Starbucks or Dunkin’. And consumers apparently decided to periodically get some breakfast from there late last year and into January.

Meanwhile, the company ended its All-Day Breakfast service at the outset of the pandemic in a bid to improve service times. It appears unlikely to return anytime soon given the chain’s performance, meaning the morning is the only time customers can get their Egg McMuffins or Sausage Biscuits.

Company executives expect to maintain this momentum throughout the year, even as people slowly return to normal.

“And as we look to 2021, we’re set up that breakfast should be a good performing daypart as people get back to, hopefully, returning to work and more of a regular routine, which certainly benefits traffic in the morning,” Kempczinski said.