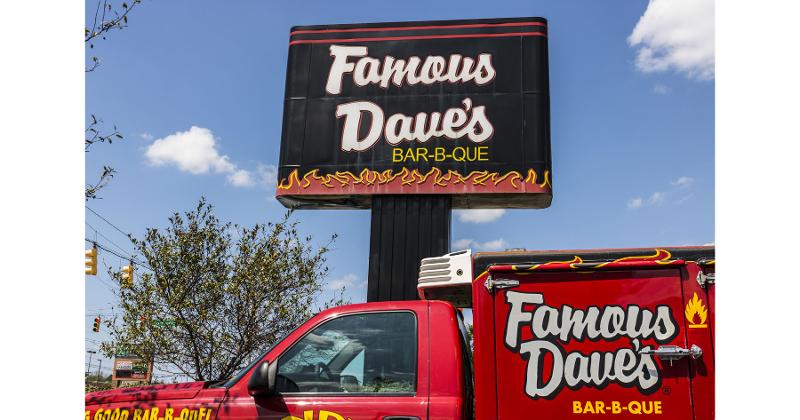 Despite the adoption of new restrictions on lending to public companies, the Paycheck Protection Program (PPP) has granted $13 million in relief funding to the publicly owned parent of Famous Dave’s of America and Granite City Food & Brewery.

A securities filing shows that Famous Dave’s borrowed $7.2 million through the program, and Granite City was lent $5.8 million. Both are owned by BBQ Holdings, which is also the parent of a high-volume single barbecue restaurant in Oklahoma City, Clark Crew BBQ.

Both loans were granted by Choice Financial Group, an Eagan, Minn.-based lender approved by the PPP’s administrator, the Small Business Administration (SBA). BBQ is based in Minnetonka, Minn., about 22 miles away.

The funds were granted to BBQ under the PPP reallocation approved by Congress and signed into law by President Trump on April 24, about a week after the first phase of the program had loaned all $349 billion of its initially funding. Controversy flared after reports emerged that big operations such as Ruth’s Chris Steak House, Shake Shack and Potbelly Sandwich Shop had qualified for millions in loans. Amid the outcry over the PPP’s purpose being subverted, the loans were returned by those and other larger borrowers.

"We are extremely thankful to be able to access the PPP loan program,” BBQ CEO Jeff Crivello said in a statement. “As a nano-cap public restaurant company, our access to capital differs greatly from our larger competitors. We require these funds to retain, recall, and pay our loyal employees.

The PPP was conceived as a way of keeping small businesses and their employees afloat during the COVID-19 pandemic. After the outcry over big companies getting funds that many small concerns struggled unsuccessfully  to obtain, the SBA adopted several provisions to ensure money was not syphoned off by large applicants.

Public companies were advised they likely wouldn’t qualify for loans unless the funds are critical to their survival. “Such a company should be prepared to demonstrate to SBA, upon request, the basis for its certification,” the U.S. Department of the Treasury says in its SBA guidance.

In addition, Treasury said that any loan of $2 million or more would be scrutinized to ensure the borrower’s size and financial condition warranted a loan.

“After a thorough review and consultation, pursuant to the guidance provided by SBA, we are able to certify with a high level of confidence that we meet the requirements of the loan," Crivello said in his statement.

BBQ finished 2019 with revenues of $82.3 million from 96 franchised restaurants and 32 company-operated units.