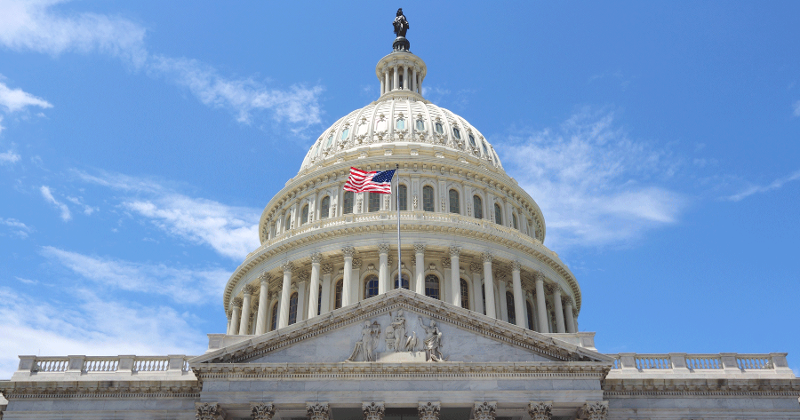 With the Senate in recess until September, Congress won’t be hammering out a new assistance program for restaurants and other small businesses for weeks—and that’s the best-case scenario. The worst, says the New York State Restaurant Association, would be a failure to agree for months on any form of direct aid—a development that would leave 90% of restaurants in the state unable to pay their bills if there’s no action until after a new Congress convenes in 2021, according to the group.

“This will force more restaurants to close their doors for good and put many New Yorkers out of work,” the Association said in a statement issued Sunday.

The scale is far different from what operators have seen in federal aid efforts. Before negotiations ended in Congress, Democrats were pushing for $3 trillion new package. Republicans countered with a $1 trillion plan. Most of the recent homespun assistance measures fall well below $1 million. But it’s money that is or will become available.

Many of the recent aid efforts aim to replenish state-level versions of the National Restaurant Association’s Restaurant Relief Fund, an initiative administered through the trade group’s educational arm, the NRA Educational Foundation (NRAEF). Restaurant workers in need could file for a onetime payment of $500 in aid. According to the NRAEF, 43,000 individuals have applied.

No more applications are being accepted for the national program, which has yet to distribute all the funds that have been approved for assistance payments. The group says it has amassed $21.5 million in total assistance dollars to date, in part through the fundraising efforts of celebrity chef Guy Fieri.  With the national program on pause, some state restaurant associations are striving to fill the void with their smaller scale version of the relief fund.

Here, arranged by the geographic area of availability, is a rundown of those and other aid initiatives that could temper the lack of new assistance from the federal government. If you know of one we’ve missed, please send a heads-up to promeo@winsightmedia.com.

The participants contend that women need special assistance because they have been disproportionately hurt by the pandemic. About 60% of the Americans who lost their jobs when the crisis erupted in March are female, and women-owned businesses have closed at a higher rate than ventures owned by men, according to the TRA. Plus, say the restaurant association and its benefactor, the Texas Conference for Women, the female parent has often been the one who assumed the daytime care and home schooling of children in the household and schools and day care facilities shut down.

"While these systemic inequities need to be addressed, as a community of women, we are committed to supporting other women – and hope this will provide some relief," Carla Sublett, president of the Texas Conference for Women, said in a statement.

Illinois: Direct grants to restaurant employees from the IRA, starting in October
Several trade groups and restaurant suppliers have teamed up with the Illinois Restaurant Association Educational Foundation to offer one-time payments to restaurant employees struggling to stay solvent. The participants hope to deepen the pool of available funds through personal contributions and contactless fundraisers. The money will be channeled to employees who are unable to pay their rent and utility bills or buy groceries. Priority will be given to individuals who have tested positive for COVID-19, are caring for a family member who tested positive, are quarantined, or have been out of work and without unemployment benefits for at least three weeks.

The program is set to start in October. It appears to be closely patterned after the national organization’s Restaurant Relief Fund.

Santa Clara County, Calif.: $15,000 grants for reopenings, working capital
The city of San Jose has set aside $2.5 million for $15,000 grants to small businesses located in the city’s host jurisdiction, Santa Clara County, with an emphasis on small. Eligibility is limited to local operations with five or fewer full-time employees or full-time equivalents (i.e., two part-time staff members count as one full-time worker). Franchisees or parts of a chain business are ineligible, as are bars, establishments operating under bankruptcy protection, and enterprises that received funding through the federal government’s Paycheck Protection Program. The funds can be used for rent, payroll, supplies, utilities or other normal operating expenses.

The application process will close on Aug. 28, with the program determining afterward which businesses will get the funding.

Nationally: A labor alliance with $7 million in aid
The Restaurant Workers’ Community Foundation, a group that says it advocates for restaurant workers, teamed up with a financial assistance program started by a chef and publicist in Houston to channel dollars directly to industry employees in need.  The COVID-19 Relief Fund is also providing zero-interest loans to restaurateurs who need working capital to reopen. The foundation says the fund has raised $7 million so far from donations. Less than half—roughly $3 million—has been distributed to date. Half the remaining money is earmarked for restaurant employees in need. About 25% is offered as interest-free loans for managers to resume operations, and the remaining 25% is donated to nonprofits dedicated to helping restaurant workers in crisis mode.

The program is administered by the Southern Smoke Foundation, the brainchild of James Beard Award-winning chef Chris Shepherd of Underbelly and One Fifth, and public relations specialist Lindsey Brown. They process the applications and determine who gets the funds.. The fundraising is handled by the Foundation.

Los Angeles: Grants and loans of up to $25,000
The city and county of Los Angeles—separate but largely overlapping jurisdictions—have joined forces to help local small businesses that needed more assistance than what was available from federal programs before they expired. Restaurants and other local ventures can apply for up to $15,000 in grants, provided their annual revenues for 2018 or 2019 fell between $100,000 and $1 million. Under a program update slated to take effect Aug. 31, establishments that generated gross revenues of up to $5 million in either of the last two years can apply for a grant of $25,000.

Technically known as the L.A. Regional COVID Fund, the program intends to add a loan initiative aimed at small businesses and “micro-entrepreneurs,” but has yet to release the details.

Nationally: Interest-fee loans of up to $15,000
A non-profit organization called Kiva is offering loans of up to $15,000, interest-free, for startups and expansion-minded businesses. The eligibility requirements are negligible: An applicant must be over 18 years of age, reside in the U.S. and not operating under bankruptcy protection. To ensure applicants have some skin in the game, they need to borrow money from friends and family—what Kiva calls social underwriting. According to the company, that requirement ensures that funding goes to individuals of character and standing within their community, even if they have no credit record.

Nationally: Grants for operators in “underserved” areas
Local Initiatives Support Corp. (LISC), a finance clearinghouse founded by the Ford Foundation, intends to resume a COVID-focused grant program for small businesses on Aug. 31. Special consideration will be given to businesses owned by women, people of color and veterans. To qualify, they need to prove that their enterprise is promoting the interests of the community and has been negatively impacted by the pandemic.

LISC has a separate immediate-assistance program, the Rapid Relief & Resiliency Fund,  similarly aimed at businesses that are owned by women or minority members and serve underprivileged clientele. The fund is intended to be a lifeline for commercial enterprises that are supporting “the people and communities hit hardest by the COVID-19 pandemic,” the 40-year-old organization explains on its website.

Yet another grant program, funded by the Lowe’s retail chain, is aimed at small businesses in 15 specific cities. It has a war chest of $15 million, which will be distributed in amounts ranging from $5,000 to $20,000. The funds can be used for a wide array of operating costs, from payroll to overdue vendor payments.  Companies with locations in more than one of the 15 cities can only apply for one enterprise. The cities are Atlanta, Charlotte, Chicago, Detroit, Houston, Indianapolis, Los Angeles, New York, Philadelphia, Phoenix, Rhode Island, Richmond, San Antonio, San Diego and San Francisco.  Here’s the rub: An application must be received by 11:59 tonight.

Brooklyn, N.Y.: Bringing back a borough through interest-free loans
The Brooklyn Chamber of Commerce is aiming to help its borough get back on its feet by extending interest-fee loans of up to $30,000 to local restaurants and other small businesses that have been turned away by other lenders. The Bring Back Brooklyn money is available to businesses that are not delinquent by more than 30 days on any bills other than rent or aren’t behind by more than $5,000 on routine expenses. The criteria also exclude any business that wasn’t profitable in the year ended in March or that has been the subject of a foreclosure in the last 24 months. Businesses that filed for bankruptcy protection in the prior 12 months are ineligible as well. A closed business must agree to reopen in Brooklyn. Sixty-five percent of the funds are earmarked for businesses owned by minorities or women.

Ohio: Replenishing the ORA’s aid well
The Ohio Restaurant Association announced last week that it intends to restore its Restaurant Relief Fund, a program that helped out-of-work restaurant employees pay for rent, food and other essentials. The program started in April with a kitty of $30,000.  The association said it intends to solicit $30,000 in new donations over 30 days, or by mid-September. In the meantime, the group is continuing to accept applications for the aid.