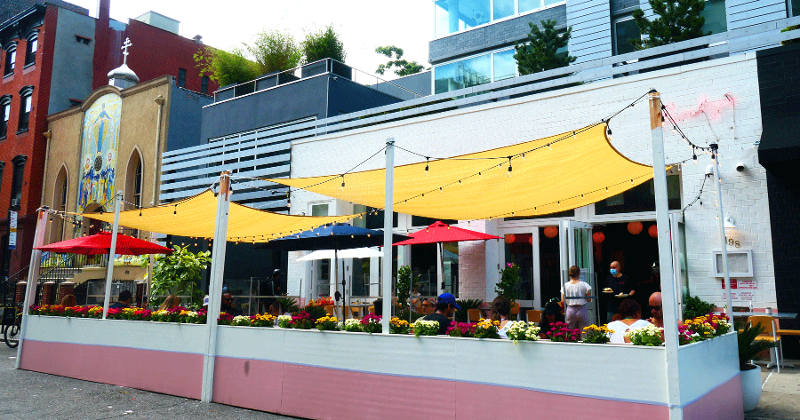 The proportion of New York City restaurants that were unable to pay their rent continued to climb during August, with roughly 1 in 3 (34%) saying they could not afford to pay anything and 9 out of 10 (87%) indicating they could only come up with a portion of what was due.

The monthly survey by the New York City Hospitality Alliance, a trade group representing the city’s restaurants, bars and nightclubs, showed that landlords remained largely unmoved, citing their own financial challenges. The Alliance found that 60% of landlords demanded the payment of rent in full, and 90% of the 450 restaurateurs surveyed for the monthly update said they had no luck in renegotiating their leases while their dining rooms remain closed.

Among the landlords who did give their restaurant tenants a break, about a third waived more than 50%, according to the Alliance.

For June and July, 80% and 83% of the surveyed operators said respectively that they were unable to meet their rent obligations.

The findings were released as restaurants in the city are preparing to open their indoor dining areas for the first time since mid-March. Operators are already clamoring to raise the 25% capacity cap set by Gov. Andrew Cuomo to 50%, saying they’ll have difficulties generating a profit with just a fourth of their indoor seating back in use. Dine-in service is set to resume on Sept. 30.

“Restaurants, bars and nightlife venues have been financially devastated by the COVID-19 pandemic," Andrew Rigie, executive director of the Alliance, said in a statement.. “Even before the pandemic when operating at 100 percent occupancy, these small businesses were struggling to stay open. Now we’re seeing widespread closures, approximately 150,000 industry workers are still out of their jobs, and the overwhelming majority of these remaining small businesses cannot afford to pay rent.”

Independent restaurants are expecting Mayor Bill de Blasio to sign a City Council-approved measure that allows the establishments to tack up to a 10% COVID-19 surcharge onto guest checks.