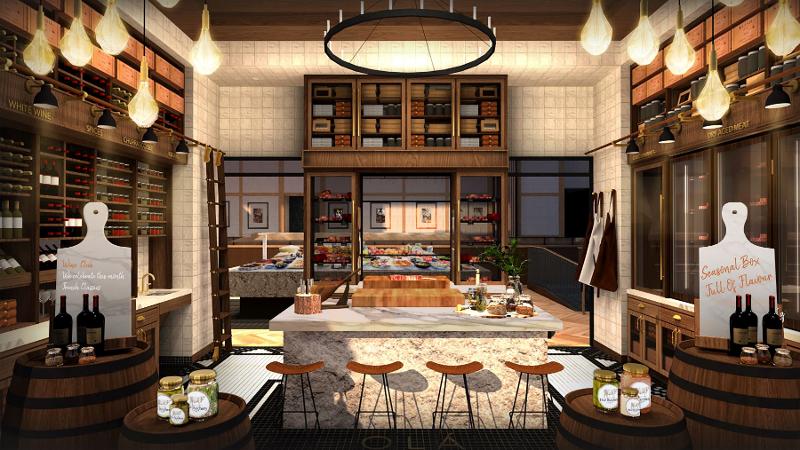 Fogo de Chao isn’t what you’d call a company ready for a year-long pandemic that would lead to broad-based shutdowns of dine-in service and an all-but-complete elimination of business travel.

And yet, come October, there they were at 96% of year-ago sales, even though many of its locations were still doing minimal business at best. Fifteen of the chain’s restaurants actually outperformed 2019’s numbers.

“The pent-up demand is there,” Barry McGowan, the chain’s CEO, said in an interview.

While the company wouldn’t quite say it had a good year, it was better than expected. And the recovery has Fogo executives confident they can bet back into expansion.

The Dallas-based chain on Wednesday said it signed leases to open five locations in the U.S. this year. “We’re just getting our pipeline back started,” McGowan said.

Fogo didn’t do much in the way of takeout business when the pandemic and its shutdowns hit back in March. This is an experiential concept, after all, where Brazilian-trained gaucho chefs carve a selection of meats at customers’ tables.

The 55-unit chain quickly ramped up its takeout and catering operations and added a butcher shop. “We’re hospitality people,” McGowan said. “At the end, we figure things out.”

Takeout is now 3% to 5% of its business and during the holiday season was as high as 8%. McGowan believes those sales represent a different occasion for the chain and could be incremental going forward. “Nine months into off-premise, it’s a nice bit of business for us,” he said. “We want that to be incremental.”

But Fogo remains an experiential brand, not a takeout concept. As states eased rules for restaurant dining, the chain found ways to serve more customers.

The company creatively added outdoor dining in parking lots and on sidewalks. “We have tents everywhere,” McGowan noted.

That includes Chicago, where cooling weather isn’t exactly conducive to outdoor dining yet where Fogo had tents decorated for the holidays and plenty of propane heaters. “It’s cold,” McGowan said. “We have propane tanks and blankets around chairs and a laundry service that changes them. People come dressed warm.

“It’s not like sitting in your house. It’s the best you can do. But guests are very appreciative.”

December proved to be stronger than expected, and customers are making larger orders—they view Fogo as an indulgence at a time when few such opportunities are available.

And that has McGowan believing customers will come back in force once they’re able, though he does note that part of it is due to supply issues. “The demand is there,” he said. “A lot of that is unfortunately due to supply imbalance.”

He suggests the company could have a strong second half of 2021, as shutdowns end, the vaccine is given to more people and customers feel more comfortable going out. “Dine-in’s not going to go away,” he said. “But it has to be worth it to the consumer. We expect a new wave of growth of experiential, relevant casual to casual-plus brands—independents or small groups like us.”