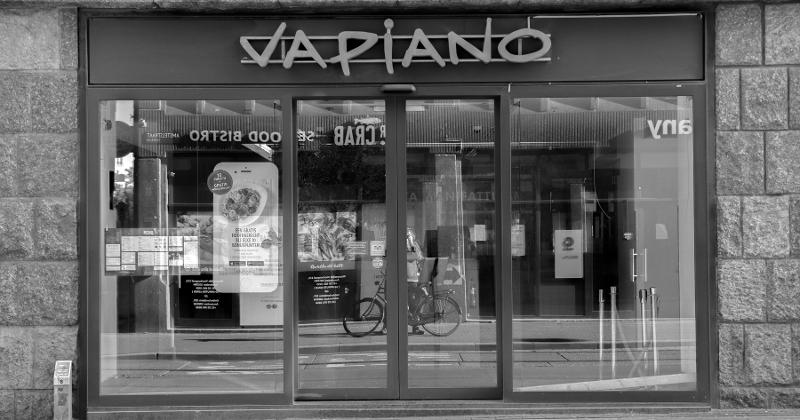 The U.S. is not an easy market for any restaurant company. It is even more difficult for a foreign-based concept trying to make it work here.

Le Pain Quotidien (PQ) is simply the latest example, though the bankruptcy filing of the chain’s U.S. operation helps tell at least part of the story of why this market proves so difficult.

PQ New York, which licenses the brand from its Belgian parent, filed for federal debt protection with a deal to sell 35 of its 98 locations, just over a third, to Aurify Brands for the paltry sum of $3 million. Do the math and that’s less than $86,000 per restaurant.

PQ was founded in Belgium in 1990 and its first location opened on New York City’s Madison Avenue in 1997. At its peak, Le Pain Quotidien operated some 290 locations around the world.

In 2018, PQ New York generated $175 million in sales and had EBITDA, or earnings before interest, taxes, depreciation and amortization, of $4.4 million. Yet sales fell 13% last year, to $153 million, wiping out all of the company’s earnings. It generated a negative EBITDA of $16.8 million in 2019.

Few chains can survive for long on that level of a loss.

What’s more, negative earnings were expected to be the norm for the foreseeable future: According to bankruptcy court documents PQ New York was expected to lose money through 2023, absent changes.

One of PQ’s main problems in the U.S. was competition. PQ moved into New York, one of the toughest restaurant markets in the world. And more recently that competition had only grown more difficult.

In 2017, for instance, 593 restaurants were opened in the New York City metro area alone.

Much of that growth was in takeout options. Consumers have shifted their dining toward takeout, rather than the in-restaurant dining in which Le Pain Quotidien specialized.

The U.S. business is also more technology savvy, especially these days, and according to court documents the company did little to invest in its restaurants or add new technologies to improve convenience.

Others we’ve spoken with said that Le Pain Quotidien didn’t change its concept enough to fit the U.S. market. Brands often have to tweak operations or menu to fit the competition, and in the U.S. bakery concepts like Le Pain have typically struggled amid intense competition.

The company did take steps to improve its operations. The company simplified its menu, shifted capital spending to remodels, and worked on a “grab-and-go” component to drive more takeout sales and began working more heavily on its digital strategy.

Yet it also began working on a restructuring and had hired advisors to explore strategic alternatives and analyze its leased locations with the goal of closing locations. “It became apparent over time, however, that a bankruptcy would be necessary” given the difficulty of renegotiating leases and the needs of underperforming locations.

As it is, the company began planning for a restructuring in February. The coronavirus simply changed the process and made it far more urgent.

The filing of Le Pain Quotidien followed an insolvency filing by its Belgian franchisor. It also followed the filing of another European chain with a U.S. presence, Vapiano, which similarly had challenges before the coronavirus hit.

Vapiano wasn’t nearly as established here, with six locations. But that was down from 10 two years ago.

Some concepts with foreign roots have managed a foothold in the U.S. Last year, for instance, the U.S. operator of the revolving Japanese sushi chain Kura Sushi went public. And it’s not like Le Pain Quotidien stumbled out of the gate. The brand has had a U.S. presence for 23 years, a period that included the Sept. 11 terror attacks and the Great Recession.

Still, the U.S. is the most competitive market on earth. And chains that have thrived elsewhere—such as Tim Hortons—have frequently struggled to gain much more than a modest regional foothold.

It’s a challenge not lost on the owners of Wagamama, the British chain that recently sold the U.S. operation to a pair of Punch Bowl Social veterans. “The customer following Wagamama has developed in Boston and New York has only built our confidence in the brand’s global potential, but like many businesses in our industry the challenges of running a U.S. business at arm’s length have inhibited our pace of growth,” Wagamama CEO Emma Woods said at the time.

The pandemic has had a way of filtering out the weakest concepts, and Le Pain Quotidien was unfortunately one of them. The company closed all of its locations in late March.

The sale to Aurify Brands, which owns The Melt Shop and Little Beet, among other concepts, was done to prevent a Chapter 7 liquidation. Aurify, which itself is based in New York, is a highly experienced operator and one that is certainly familiar with the domestic market. At such a small price, and with so many fewer expensive locations, it’s a worthy risk.