James White, the former CEO of the chain now known as Jamba, is part of an effort by the private equity firm Mill Road Capital to improve the diversity of boards at smaller publicly traded companies.

Mill Road, which owns the fast-casual chain Rubio’s and made a key investment in Noodles & Co. four years ago, is creating the Mill Road Progressive Governance Fund and added White as a managing director. 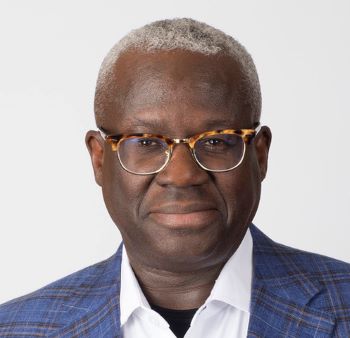 This one, however, has a specific focus: To improve the diversity of the companies’ boards. Mill Road’s fund says that at least half of its director nominees will be women or people of color.

The fund says it will target undervalued small-cap public companies, hoping to improve value “by improving governance and enhancing diversity.” Mill Road says it will be a “sponsoring investor” fund that will seek board seats and work with management to “create economic and social value for shareholders.”

“Our sponsoring investor fund aims to change the way public companies are governed in America,” Thomas Lynch, senior managing director and founder of Mill Road, said in a statement. “With passive index funds becoming the largest voting bloc in public equities, shareholders now more than ever need a skilled, engaged and aligned partner on the board to ensure the highest standards of operational and social governance are upheld.”

There is good reason for a private equity fund to push diversity—it works. Multiple studies have found a correlation between the diversity of corporate boards and the companies’ performance. A 2018 report by the consulting firm McKinsey found diverse companies to be 33% more likely to have greater financial returns by their less-diverse industry peers. Another study, by the consulting firm BCG, found that diverse public companies get more revenue through innovation.

Even so, companies may not have a choice. Nasdaq in December submitted a proposal with federal regulators to require its listed companies to provide diversity statistics on its board of directors. California Gov. Gavin Newsom in September signed a law requiring publicly held companies there to have diverse boards by 2023.

Larger companies have been adding more diverse directors in recent months and in December Starbucks named Mellody Hobson chair—making her the only Black chairwoman of an S&P 500 company. Yet there are no Black CEOs of publicly held restaurant companies and just two women.

White was the CEO of what was then Jamba Juice for seven years before his departure and has since become an advocate for more diversity among publicly held companies. Last year, he coauthored a piece in the Harvard Business Review arguing that diversity officers need more control over human resources systems and noting that merit-based diversity hires at the highest levels can improve companies’ bottom lines.

“Study after study has shown that racial and ethnic diversity in both the executive suite and the boardroom not only enhances company morale from top to bottom, but also improves financial performance, encourages innovation and brings new perspectives that lead to new opportunities,” White said in a statement.

“Our mission at Mill Road is to understand the role of diversity, encourage it in all of our investments and serve as the tip of the spear as corporate America takes this bold step forward into being more inclusive at the highest levels.”