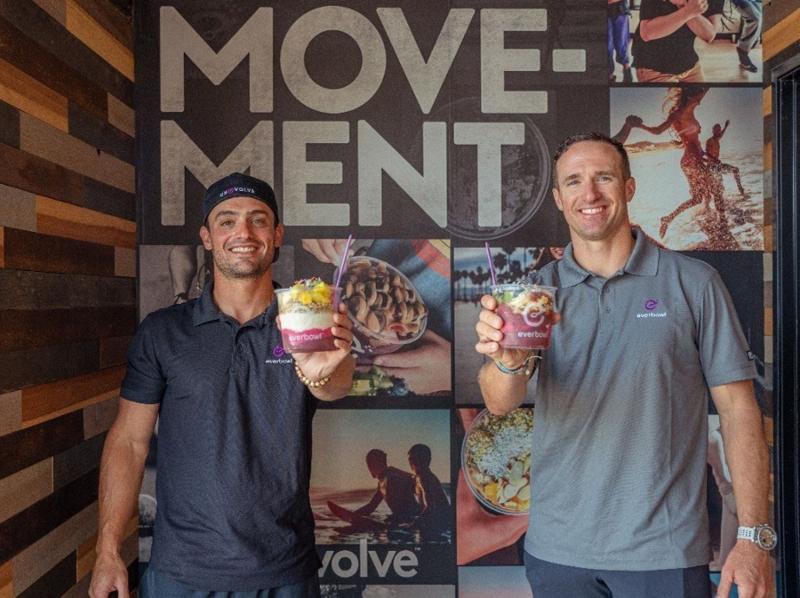 Brees, who retired from the NFL last year after leading the New Orleans Saints to a championship title, has long been an investor in the Walk-On’s Sports Bistreaux casual dining brand, as well as a multi-unit Jimmy John’s and Dunkin’ operator.

Brees is looking at opening “numerous” Everbowl locations in Louisiana, where he will be broadcasting Notre Dame football games this fall on NBC Sports, the chain said.

Everbowl, which launched in 2016, has more than 40 locations in seven states. The chain serves build-your-own “superfood” bowls with ingredients such as acai, pitaya, matcha, chia, coconut and more.

“I understand that what we put into our bodies directly impacts what we get out of them in terms of performance, resiliency and quality of life,” Brees said in a statement. “The all-natural ingredients Everbowl uses led me to learn more about the company and its mission.”

The Carlsbad, Calif.-based chain has grown steadily over the years. Its sales climbed 7.2% from 2019 to 2020, according to data from Restaurant Business sister firm Technomic. In 2019, the chain received a $3 million investment from Canadian investment firm Serruya Private Equity.

“Drew Brees epitomizes the Everbowl mission,” founder Jeff Fenster said in a statement. “He lives our core values daily by enjoying an active lifestyle and always striving to be his ‘best self.’”

In May, Sweetgreen announced its partnership with tennis star Naomi Osaka, who became the fast casual’s youngest investor and its first national athlete ambassador. Pro golfer Rory McIlroy invested $10 million in new eatertainment concept Puttery earlier this month. And Bojangles and several other brands are taking advantage of a new NCAA policy that allows companies to hire student athletes as spokespeople.