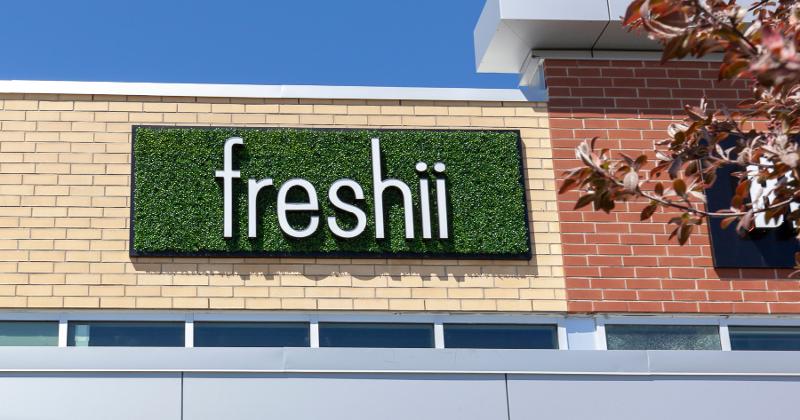 Return-to-office trends are starting to normalize as consumers revert to their pre-pandemic dining habits at breakfast and lunch, Freshii said Wednesday.

The other side of that coin, however, is that the Toronto-based chain is losing the dinner and takeout business built during the pandemic, when consumers worked remotely.

That decline in dinner traffic took a toll in Freshii’s Sept. 25-ended third quarter. Same-store sales for the chain’s North American franchised restaurants declined 11%, largely due to the shift away from the dinner daypart as consumers returned to dining in restaurants.

And though Freshii’s Canadian office traffic was still down about 60% in the third quarter (a trend impacting its locations across North America), things are looking up, said Daniel Haroun, Freshii’s CEO.

So far in the fourth quarter, the chain is seeing stronger office traffic at both breakfast and lunch dayparts in the middle of the week, Tuesday through Thursday, as hybrid workers come back.

“In the third quarter and continued in the fourth quarter, we’ve had this normalization headwind, where consumers have gone back to their pre-pandemic habit,” said Haroun, according to a transcript from the financial service site Sentieo/AlphaSense. “As we look forward to 2023, we expect the year-over-year volatility faced by the dinner delivery and digital parts to dissipate, and our franchise partners are ready and excited to welcome office traffic back to the restaurants for lunch and across all dayparts both in urban and suburban areas.”

Sales in September were helped by “daily deal” promotions, the company said. And in November, Freshii rolled out new Fall and Winter LTOs with warm bowls, soups and pockets with items priced under $10 and some under $5.

Even with the return to office, Haroun said Freshii is not giving up on dinner.

“We were also encouraged by the amount of interest we saw during 2021 from customers for dinner. And that tells us that there is an opportunity for us in that daypart and it’s absolutely something that’s on the road map for us.”

UPDATE:  This story has been updated to clarify the Canadian focus of data cited.