Few chains will ever reach the magnitude of Cinnabon’s licensing program. Of the $1 billion-plus consumers spend on branded Cinnabon products each year, 75 percent does not come from its brick-and-mortar locations, says President Kat Cole. It’s from products licensed for other points of distribution: grocery, convenience stores and partnerships with other restaurants. But licensing products doesn’t have to be this huge of an undertaking. Other brands have far smaller programs that they say are lucrative as well as simpler to maintain—and began with relative ease. For restaurateurs looking into licensing, there are lessons to learn at every level. 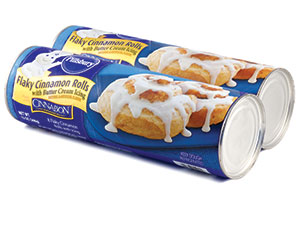 Chris Elliott, CEO of Tampa, Fla.-based Beef ‘O’ Brady’s, received a phone call from a buyer at Publix Super Markets one day. He’d come into the restaurant and tried the brand’s proprietary wing sauce it sells on-site at its nearly 30 units, and he wanted to bring it to grocery shelves.

“It’s not generally that easy,” says Elliott; oftentimes restaurateurs and the manufacturers making their product have to seek out and convince retail buyers that the taste, pricing and packaging of their product is sellable before stores will agree to stock it. The manufacturer Beef ‘O’ Brady’s already had in place bore most of the upfront costs and legwork, so it was relatively cheap for the chain’s licensing to get off the ground, Elliot says. Since, it’s been a fairly seamless, hands-off process, leaving much of the management to the manufacturer, he adds. But that also means a lower return; on average, brands get 5 to 8 percent of the wholesale piece, says Elliott. “It’s a small, little extra piece of business … it’s sort of like a small annuity that might lead to other things,” he says.

The first steps were just as simple for Checkers & Rally’s, the burger QSR based in Tampa, Fla., when it was approached by a supplier with the opportunity to attach its name to a frozen fry that would be sold in supermarkets. What’s different is that Ryan Joy, senior director of research and development, spends time with the supplier’s sales force to make sure they “get” the product, the brand and how to market it.

“When we started to educate the sales force, we really saw big increases,” says Joy. The program has grown 25 to 30 percent since he stepped in in 2009. The fries now are in 59 percent of all retail locations across the country, even in markets where the brand doesn’t have a presence.

On the other end of the spectrum, Cinnabon’s Atlanta-based parent Focus Brands has an entire team for consumer-packaged goods, foodservice licensing, comanufacturing and more, and licensing is built into brand strategy. What started 11 years ago with novelty items such as lip balm has blown up to include refrigerated rolls, coffee, vodka and more, as well as foodservice-licensing deals with chains such as Burger King and Taco Bell.

While not the route for everyone, what’s helped this licensing leader grow is to keep its hands in the pot. While some let the manufacturer take control to keep costs down, “we always codevelop in R&D,” Cole says. “The more you have someone else do, the more control you give up.” The tradeoff for the effort and investment is a higher return, she says.