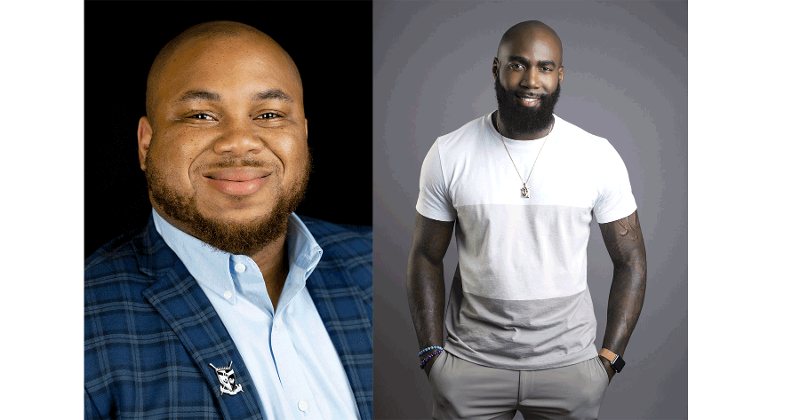 Professional athletes make a lot of money in a short period of time. This makes them ripe for scam artists and others and many end up broke just a few years after they leave the game.

Malcolm Jenkins and Joe Johnson want to change that—while bringing more Black and Hispanic Americans into the business world. Jenkins, a star safety for the NFL’s New Orleans Saints, and Johnson, who has 12 years of retail operations experience, cofounded Disrupt Foods, which operates 12 Papa John’s locations in the Northeast.

Disrupt Foods plans to add another 11 locations in the New England area over the next four years and is looking to add other franchise brands, too. But it has also created Athlete Franchise Partners, a new platform designed to offer franchising opportunities to professional athletes.

The idea is to help athletes source, finance and operate investments in well-established quick-service restaurant franchises.

“We want to create meaningful connections between athletes and top brands,” Johnson, chief operating officer for Malcolm Inc. who leads Disrupt Foods, said in an interview. “There are a ton of athletes out there that have interest, they’re about to get started. We wanted to create a vehicle to create opportunities.”

Broad Street has already made 10 investments. Some of the companies it has invested in are expected to go public.

“People like athletes,” Jenkins said. “We use that to our advantage.”

Franchises love athletes, too, and often court athletes as potential franchisees. For athletes, franchising can provide a great source of income long after they leave the game, thanks to the cash they can generate.

Jenkins and Johnson founded Disrupt Foods in 2016 by opening a Papa John’s in Philadelphia. The pair were inspired by people such as Junior Bridgeman—whose success for 12 years as a professional basketball player was exceeded only by his incredible success operating Wendy’s restaurants after his retirement.

They thought Papa John’s would be a good investment because of its quality positioning. But they also saw growth potential in the brand. “We didn’t want to be a small fish in a big pond,” Johnson said. “We wanted to identify organizations with white space opportunities.” Papa John’s was the smallest of the four big pizza delivery players.

But they also understand that there are some brands that are better investments than others. While franchising can be a good, safe investment, the smaller, lesser-known brands can be a big risk—as demonstrated this week in a report on franchising problems published by U.S. Sen. Catherine Cortez Masto.

That’s why the Athlete Franchise Partners is targeting larger fast-food brands, which can be more difficult investments for upstart operators, even if they are famous athletes and entertainers.

At the same time, the two also understand what these brands need to thrive. “We know of other athletes and entertainers personally that have franchises but don’t have strong operations,” Jenkins said. “Operations is the name of the game in franchising.”

At the same time, many of these brands don’t have strong Black or Hispanic representation in ownership. One-third of the U.S. population is Black or Hispanic, but only 18% of franchise owners are, and that number falls even further when looking at the largest chains.

“It’s from the top down,” Johnson said. “There’s an issue with diversity on boards and executive teams and that’s certainly true for the franchisee base.”

By targeting athletes with an effort like this, these brands could diversify their ownership base while bringing in well-known operators paired with strong operators. “These are vehicles to allow more Black and brown folks to have these opportunities and help folks get into this industry,” Johnson said.