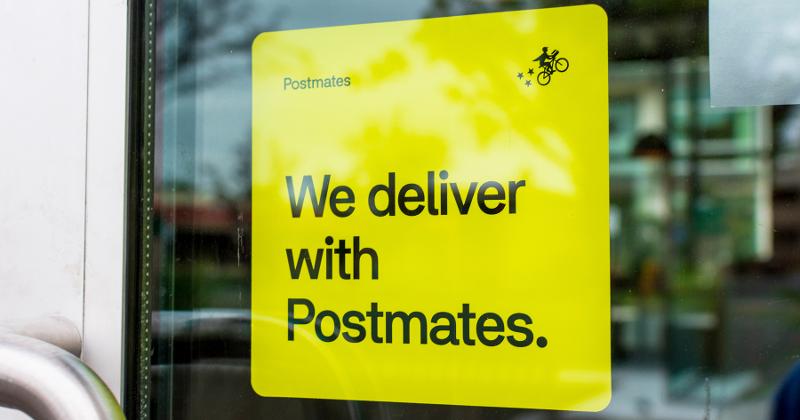 Now that Grubhub’s future has been decided, the outlook for another third-party delivery player, Postmates, is very much in question.

The San Francisco-based third-party delivery company is the subject of renewed speculation as it apparently weighs an outright sale of the public offering of its stock. Both options are still on the table.

Multiple reports suggested that Postmates is weighing offers from Uber and an investment company but is also considering its own initial public offering.

The New York Times on Monday said that Uber has made an offer to buy Postmates for $2.6 billion. The Wall Street Journal also reported on the offer but also noted that Postmates was considering making its IPO plans public.

Reuters also reported that Postmates dusted off its IPO plans.

Postmates confidentially filed for an offering last year but has held off as the market for tech companies on Wall Street soured. The Journal suggested that Postmates could make its decision in the coming days.

It may also be weighing an offer from an investment firm as well. CNBC said that Postmates has an offer from a special purpose acquisition company, or SPAC. A SPAC is a public shell company that uses money from speculating investors and then makes an acquisition, taking the acquired company public in a reverse merger.

The multiple reports are an indication of just how much investor views on delivery have shifted during the pandemic.

Sales through that channel have soared in recent months as quarantined consumers have their food brought to them. Companies are looking to bolster their delivery position to take advantage of a market, and investors have warmed up to them after turning frigid last year.

Uber’s interest in Postmates is unsurprising. The ride-sharing company had been in talks to acquire Grubhub as part of a plan to bolster its Uber Eats business as ride-sharing services have slowed during the pandemic.

Yet those talks collapsed amid concerns about potential regulatory hurdles associated with the combination of two of the three largest delivery providers in the U.S. Grubhub then turned to the European company Just Eat.

Postmates might be easier for regulatory agencies to swallow. The company is the fourth largest among the biggest delivery providers. Adding Postmates would solidify Uber Eats in competition with rival DoorDash, the largest U.S. delivery provider.

That competition grew heated last year, which led to steep price competition between the different companies as they battled for consumers. The pandemic has clearly changed that dynamic.

That has made the market for delivery more attractive to investors who are betting that demand will stay. That market has been flush with new options of late as companies experiment with virtual brands and ghost kitchens.

For Postmates, the question is whether it would be more valuable taking a sale offer or whether it would be more valuable in the long run as a standalone company. Postmates was reportedly looking for a buyer earlier this year but now considers the IPO market more favorable. DoorDash does. It confidentially filed its plans for an offering in February.