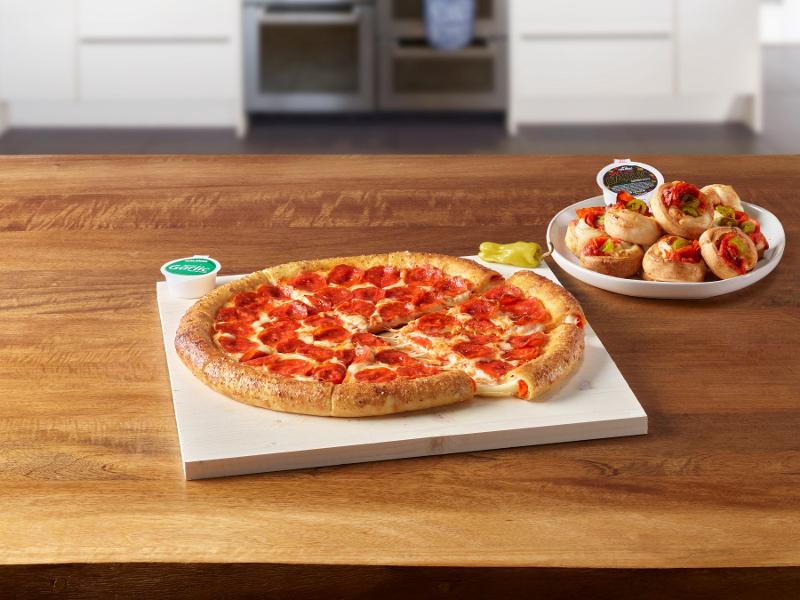 Papa John’s same-store sales rose 0.9% in North America last quarter, giving the company its 12th straight consecutive increase and something that its competitors didn’t have: a positive quarter.

Ah, but those cheese costs. Commodity costs for the Louisville, Ky.-based pizza chain rose 18% in the quarter ended June 26. That, combined with higher labor costs, represented an 800-basis-point headwind on company-store margins, which decreased by 400 basis points even after the company raised prices.

“It’s really a unique environment,” CEO Rob Lynch said in an interview on Thursday. “We are seeing 18% to 20% inflation in Q2, which was more than I’ve ever seen in my career.

“It doesn’t necessarily afford you the opportunity to catch up with pricing.”

Producer prices for cheese were up 21% year-over-year in June, according to federal data, part of a massive dose of inflation hitting restaurants and other companies, which are in turn passing those higher costs onto consumers.

Papa John’s expects the costs to remain elevated, particularly for dairy and wheat, before there is some relief toward the end of the year.

“I do see light at the end of the tunnel,” Lynch said. “We are going to come out of this hyper-inflationary period and see some normalization of our cost structure.”

But the margin issue helped bring down Papa John’s stock price, which declined 4% in morning trading on Thursday. Net income for the quarter declined 21% to $25.4 million, or 74 cents per share, despite higher revenues.

Yet Lynch also noted that the company worked to balance consumer needs with margins. Raise prices too much, in other words, and it may lose more customers. “We are trying to be good stewards of the P&L,” he said, referring to a profit-and-loss statement. “But we’re trying to balance that strategically with maintaining the momentum on our business.”

And sales did show some weakness late in the quarter, too. Lynch said the company saw “a bit of a slowdown” in June, which he blamed on a higher level of travel from consumers that had previously stayed home, eating pizzas.

“We evidenced that by looking at our travel markets,” Lynch said. “There’s a lot of people going to Florida, where our business is up significantly. So, I think there’s a return to some of the seasonality that we’ve seen in the past.”

Papa John’s sales struggled in 2018 and 2019 as it worked to recover from multiple controversies that led to an overhaul of management and the ultimate hiring of Lynch to be its CEO. The company’s comeback began in 2019, and it has been on a strong sales streak ever since. The chain’s same-store sales are up 36% on a three-year basis.

It also outperformed its two biggest competitors. Rival Domino’s, for instance, has reported same-store sales declines in the U.S. three of the past four quarters, including a 2.9% decline in the second quarter. Pizza Hut reported a 4% decline. Both of those brands have struggled in particular with a driver shortage that has reduced service hours at many locations—something Papa John’s has been able to avoid thanks largely to its use of third-party delivery.

The company also generated higher sales with its focus on premiumization. The company generated strong sales in the quarter with its Pepperoni Stuffed Crust pizza. Papa John’s also expects positive sales during the balance of the year.

“We’ve had 12 straight quarters of positive comps,” he said. “Most of our competitors are not positive. And we had bigger laps last year than anybody.”

“We feel like we’ve done a really good job of managing the margin while maintaining the momentum,” he added.