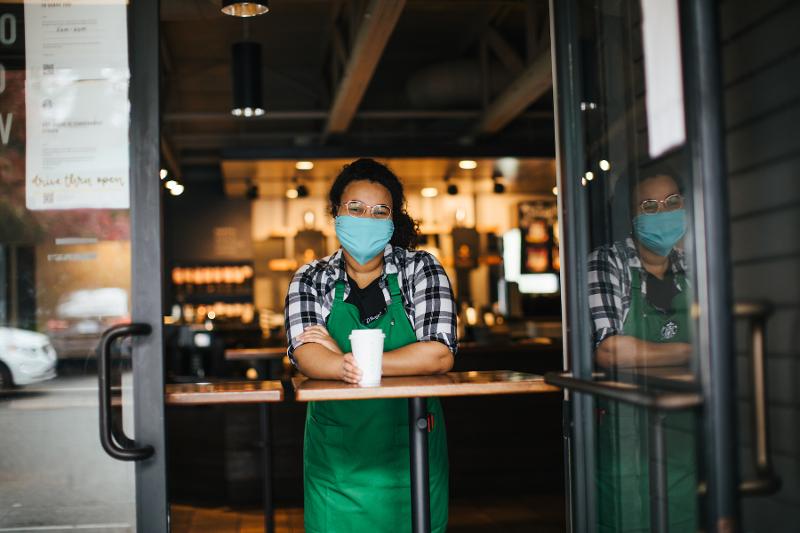 Howard Schultz pushed back at a growing unionizing effort on Monday, appearing to blame the issue in part on “outside forces” while saying that union organizing focuses on “conflict, division and dissension.”

“We plan to move forward constructively with all Starbucks partners,” he said. “However, we must not be distracted by the different vision being put forward by union organizers at some Starbucks stores. And while not all the partners supporting unionization are colluding with outside union forces, the critical point is that I do not believe conflict, division and dissension—which has been a focus of union organizing—benefits Starbucks or our partners.”

The post came after the company hired a chief strategy officer, Frank Britt, whose job is to focus on “long-term strategic planning in service of helping inspire and nurture partners, customers and the communities they serve.” He comes to the company from Penn Foster, a “social mobility and employment enablement platform,” where he was the CEO.

Starbucks is facing a mounting unionization effort at its stores and unions appear to be gaining steam. More than 200 of the chain’s stores have either voted on forming a union or plan to, according to More Perfect Union.

While that remains a tiny fraction of the chain’s nearly 9,000 company-operated locations, it is clearly putting pressure on company management. Unions have won 18 of the first 19 votes, many of them by overwhelming margins. That includes a location in Massachusetts that voted Monday to form a union in a 14-0 vote.

Schultz returned to Starbucks as CEO for the third time earlier this month, despite generally strong performance by now-former CEO Kevin Johnson. He immediately abandoned the company’s share buyback program and commenced a tour around the country to talk with the chain’s employees.

Union organizers have criticized Starbucks for what they see as anti-union tactics, such as firing union organizers. And some employees have reportedly pushed back at Schultz during some of these early meetings. In one of them, he reportedly snapped back at one employee, saying “If you hate Starbucks so much, why don’t you go somewhere else?”

On Monday, Schultz complained about unions disrupting what he called “collaboration sessions.” He noted that “less than 1%” of the chain’s more than 200,000 employees have voted for unions and also said that in union elections that have taken place, about two-thirds of employees “have not voted at all.”

In his post, he urged managers to ensure that more employees vote in union elections.

“’Going forward, it will be important for all of you to recognize that outside labor unions are attempting to sell a very different view of what Starbucks should be,” Schultz wrote. “In stores where any union election occurs, it is important for all partners to have a voice—by voting—because otherwise these important rights may be dictated by what a minority of partners actually support.”