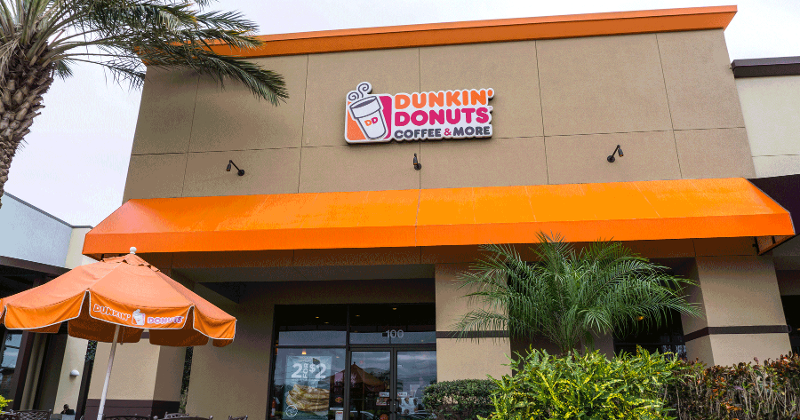 Inspire Brands capped off a three-year buying spree on Friday with its biggest deal yet: The acquisition of the Dunkin’ Brands in a deal valued at $11.3 billion.

The owner of Arby’s and Sonic agreed to pay $106.50 per share for the owner of the coffee chain Dunkin’ and the ice cream concept Baskin-Robbins. Including the assumption of Dunkin’s debt the deal is valued at $11.3 billion. It’s the biggest deal in the restaurant industry in six years, since Burger King’s acquisition of Tim Hortons.

In the process, Inspire will become one of the nation’s largest restaurant companies by system sales. With the addition of Dunkin’ and Baskin, Inspire will generate $26 billion in annual system sales from 31,600 restaurants in more than 60 countries.

At $106.50, the per-share price for Dunkin’ represents a 20% premium on the company’s price on Oct. 23, before news reports revealed the negotiations between the two companies.

Paul Brown, the former hotel executive who turned around Arby’s and then spearheaded Inspire’s creation in 2018 with its acquisition of Buffalo Wild Wings, said Dunkin’ and Baskin “will add complementary guest experiences and occasions to our current portfolio.”

The deal gives Inspire its largest brand in Dunkin’, both in system sales and in unit count. Dunkin’ was the eighth largest restaurant chain in the U.S. by system sales in 2019, according to Restaurant Business sister company Technomic.

It has also recovered quickly during the pandemic—the chain said its same-store sales rose 1% in the third quarter, led largely by the chain’s growing number of drive-thru locations and its newer locations in western markets.

Dave Hoffmann, Dunkin’ Brands CEO, said Inspire “will continue to drive growth for our franchisees while remaining true to all that is unique and special about the Dunkin’ and Baskin-Robbins brands.”

The deal comes as fast-food chains have largely recovered during the pandemic. It also potentially signals a new round of consolidation in an industry increasingly dependent on technology as delivery and takeout become particularly important.