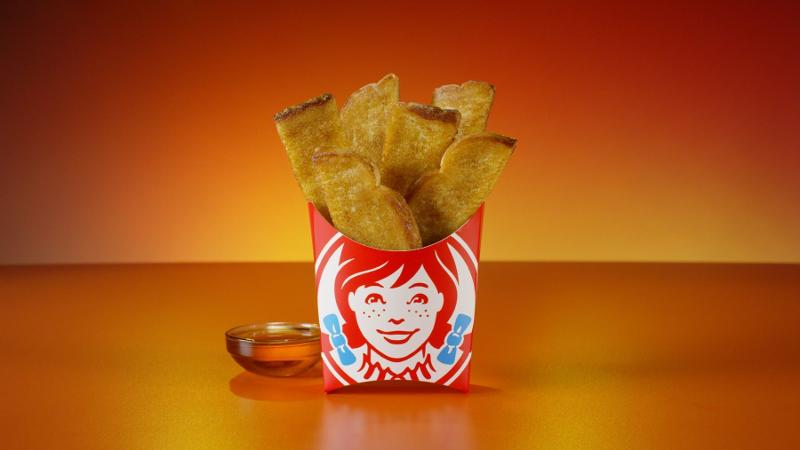 Wendy's believes French Toast Sticks will help get its breakfast to 10% of sales by the end of the year. / Photo courtesy of Wendy's.

The latest breakfast war is being fought over French toast sticks.

On Friday, Burger King began offering three pieces of its French Toast Sticks for free to its loyalty customers, an offer that will last through the end of the month, and it’s no secret as to why: Wendy’s this week began selling its own version of the product, which Burger King has sold since the mid-1980s.

But it’s also a fight over who can stake claim to the No. 2 spot in the morning among fast food burger chains. Burger King has had breakfast for decades. But now Wendy’s morning sales are rapidly increasing, and the company believes they could be 10% of sales by the end of this year. And those French Toast Sticks will help the company get there.

“We continue to gain share, which is important to create loyalists who continue to drive our business into the future,” Wendy’s CEO Todd Penegor told investors on Wednesday.

Wendy’s introduced its breakfast business in March 2020, just before the pandemic, and the daypart was a surprising winner for the chain despite a pandemic that kept at home the commuters on which fast food chains depended for morning business.

The company largely focused on providing a daypart that was profitable enough for skeptical franchisees to keep serving it but alluring enough to capture diners, so it largely focused on serving hand-held items through the drive-thru. That has generally worked.

The company said its average weekly sales in the morning daypart were $2,500 per store, which is $500 more than what Wendy’s says is the “break-even” point for the morning. Those sales increased to $2,700, thanks to a promotion offering $1 biscuits, or “Buck Biscuit.” It expects to get to $3,000 a week by the end of the year, which would put the daypart at about 10% of sales.

Wendy’s executives said their performance at breakfast has run counter to the QSR burger segment, which struggled in the morning. “We’re seeing some nice acceleration in our business,” Penegor said. “We continue to grab share.”

McDonald’s, the category leader, generated 3.7% same-store sales in the second quarter, with its breakfast daypart leading the way. That suggests general weakness among other chains. Big Burger King franchisee Carrols Restaurant Group said this week that same-store sales declined during its breakfast daypart, which it blamed on generally strong performance a year ago.

When Wendy’s introduced its breakfast, much of the focus was on McDonald’s. But in reality, it may be Burger King with the most to lose. 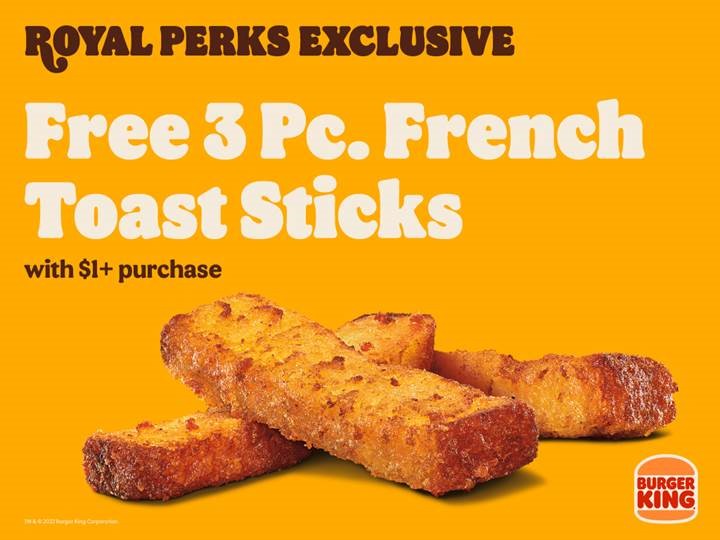 Burger King is defending its breakfast with its own French Toast Sticks offer. / Photo courtesy of Burger King.

Burger King gets about 15% of its sales in the morning, or just over half of the percentage of sales McDonald’s generates in the morning. The Miami-based burger chain has eyed the morning daypart as a potential growth avenue for years, largely because of that gap. But it has yet to quite materialize. And that is one reason for the company’s underperformance in recent years.

Wendy’s has long been a strong player in the fast-food burger business, but one that has failed to develop a strong morning offering. Now that it is growing its breakfast business—and McDonald’s doesn’t appear to be weakening—that means the other of the Big 3 burger chains could stand to lose market share.

And now, Burger King is watching as its rival Wendy’s is muscling in on its turf with a version of French Toast Sticks, something it created in 1985. It’s not just Wendy’s, either: Jack in the Box brought back its version of the product and hired former Star Wars actor Mark Hamill to help market it.

For Wendy’s, Penegor said, the product could generate add-on sales and incremental visits. But that’s not all that the company is planning. Wendy’s is spending $16 million in additional marketing on the daypart, and Penegor said the company would lean into its more profitable promotions.

That marketing comes as the daypart could see improved business as people slowly return to their routines and school returns in session.

“I think there would be more benefit to some of the seasonality as folks get back into routines later in the year,” Penegor said.