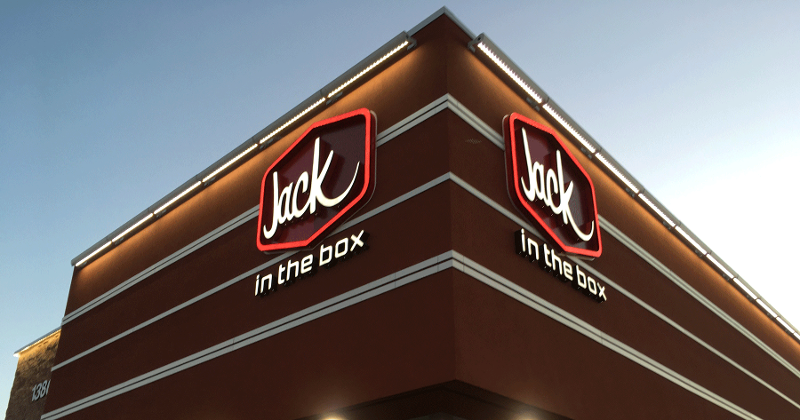 It’s safe to say that Jack in the Box is having a strong run.

The San Diego-based fast-food chain this week said that its same-store sales rose 12.5% in the quarter ended Jan. 17.

It was the strongest result since 1994, CEO Darin Harris said on Thursday, driven by higher check averages and more frequency from core customers. The results have the company confident that its franchisees will start growing new units for the first time in more than a decade.

“I’m confident that what we’re doing is resonating with our guests,” Harris said. “That’s part of why we’re outperforming the industry.”

Fast-food chains’ same-store sales have been thriving in recent months, as consumers have flocked to drive-thrus and the chains’ delivery strategies and other takeout-friendly options resonated at a time when dine-in service was limited at best.

And many chains saw a burst of sales in early January as consumers received $600 stimulus checks.

But Jack in the Box began generating some momentum before the pandemic. Same-store sales, which had been middling for three years, started to improve in 2019 and showed some strength in early January after the chain introduced Tiny Tacos—miniature versions of the chain’s popular tacos.

Though same-store sales declined steeply for a few weeks once shutdowns took hold, they quickly recovered during the spring and surged 12.2% in the quarter ended Sept. 27 before improving again in the last period, which included the first few weeks of January after stimulus checks arrived.

Harris noted that much of the improvement has come from core customers and people ordering more value bundles with add-ons. The company also introduced its Chicken Cluck Sandwich during the period and improved its chicken strips.

“What we’re seeing is this increase, or more frequency, from these core menu items and core heavy users, so that’s obviously encouraging,” Harris said. He noted that the company’s media team shifted messaging to places like video games and other video content to market to consumers stuck home during the pandemic.

Harris took over as CEO of the chain last year and quickly settled a dispute with the chain’s franchisees in the hopes of driving more development, which had largely been stagnant for years. But as sales started to show some strength, operators have already started opening new units.

Franchisees opened 11 new units in the company’s 2020 fiscal year, which Harris said was the highest in a decade. That was offset by 10 closures, highlighting some of the chain’s continued challenges in certain markets. Indeed, Jack in the Box’s quarterly report came during a week in which a 70-unit franchisee declared federal bankruptcy protection.

Jack in the Box has a new prototype that cut costs 18% to 23%, Harris said, and the chain has three such locations in process. Jack in the Box is increasing its marketing and is working with operators to find sites.

That, plus eased franchisor-franchisee relations and improving profits, has the company hopeful that growth will pick up.

“The profitability of our existing stores for the fiscal 2020 year increased 20% over 2019,” Harris said. “And as we’re growing sales and improving margins, that always gets a franchise system excited about growth.”