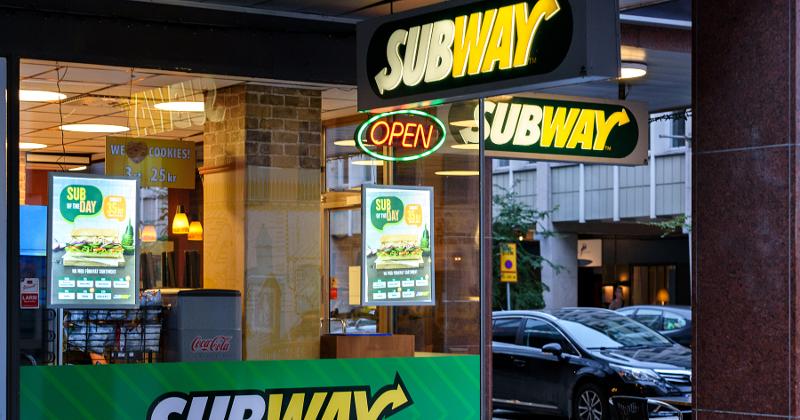 In 2009, during what at the time was the worst downturn in modern restaurant history, Burger King proposed selling the chain’s Double Cheeseburger for $1. The goal was to compete more aggressively with McDonald’s, which had priced its own Double Cheeseburger at that price.

The problem: Burger King’s version was considerably larger, and the franchisees said it lost too much money and the offer was too popular. Operators rejected the idea. The company ultimately forced the franchisees to participate, and the operators sued the company.

The CEO of Burger King at the time was John Chidsey, who is now the CEO of Subway.

Six months into Chidsey's tenure at the Milford, Conn.-based sandwich giant, the company is embroiled in a tense dispute with its franchisees over a proposed promotion, a 2-for-$10 Footlong sub offer that franchisees consider too much of a discount.

The dispute has angered operators, three-quarters of whom said in a survey they don’t plan to go forward with the discount. The chain’s franchise association has issued rare public statements on the issue, and several franchisees have either privately or publicly let their anger be known.

“In his time at Burger King, Mr. Chidsey had a horrible relationship with the franchisees and forced unprofitable discounts upon them, which led to lawsuits,” said Keith Miller, a three-unit Subway operator in California and franchisee advocate. “In the words of Yogi Berra, ‘It’s déjà vu all over again.’”

Chidsey was named CEO in November. His hiring was a surprise. The company by that point had gone 18 months without a permanent chief executive, and Chidsey himself hasn’t been at the helm of a restaurant company since he left Burger King in 2011—shortly after that chain was sold to 3G Capital.

John Gordon, a restaurant consultant out of San Diego who worked with the franchisees in the Burger King dispute a decade ago, sees some clear similarities between the two disputes, especially when it comes to marketing.

Both the Burger King and Subway promotions were designed to generate traffic. “On the marketing-analysis-strategy side, the issue is almost identical,” he said. “It’s almost identical in terms of where the brand was.”

Chidsey did appear on a video sent to franchisees on Thursday, along with Trevor Haynes, the president of Subway in North America, in which they urged operators to “embrace change” and go forward with the Footlong offer, sources said.

There are some distinct differences between Subway in 2020 and Burger King in 2010. For one thing, Burger King operated 900 of its own locations at the time and could argue with franchisees that it had skin in the game.

Subway, however, has always been a franchising company and has not operated its own restaurants. That is a frequent point of contention in franchising disputes, because franchisors get their money off the top line through royalty payments, while franchisees get their money by making a profit.

That can put more pressure on the franchisor to justify a discount. Yet several franchisees have argued to me that the company has not done enough to explain the business case. “There’s no transparency,” one franchisee said. “We haven’t seen the math, data or assumptions.”

To operators, the Footlong discount runs too long—11 weeks, through the end of August—and is too broad, potentially including sandwiches such as roast beef or steak and cheese that have high food costs.

Subway has provided one spreadsheet, a copy of which Restaurant Business has obtained, that argues operators would see a more than $700 increase in weekly gross profits by August with the promotion. That calculation factors in $700 per month from the company to offset food costs.

Yet that $700, franchisees argue, comes from rebates from the company’s beverage vendor, Coca-Cola, and operators argue that they ultimately pay for that in the form of higher beverage costs, anyway.

Subway's calculation also factors in Paycheck Protection Program funds many franchisees received to get through the pandemic shutdown, though such funds are technically a loan. Operators believe such funds should be irrelevant in the calculation of the Footlong discount offer.

At Burger King a decade ago, the $1 Double Cheeseburger didn’t quite generate sales growth, though traffic increased. Operators fought the promotion in court, one of a few lawsuits between the brand and its franchisees.

By the end of 2010, Burger King was sold to 3G Capital, which settled the $1 Double Cheeseburger shortly after that deal was finalized.

It’s uncertain which direction Subway’s dispute is headed. One thing is clear, however: Subway operators are as vocal as they’ve ever been.

“It seems like the fear factor has gone,” Gordon said. “This has become more of a righteous issue.”