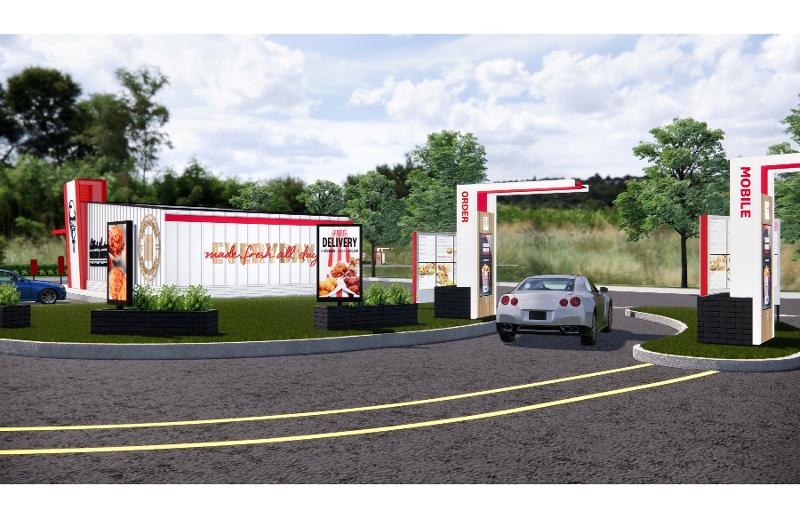 Americans ate a lot of chicken in 2020, and not just wings and sandwiches.

KFC, which built its business on selling buckets of chicken to consumers looking to feed their families, has quietly been one of the strongest performing restaurant chains of the past year.

“It’s built for this environment,” Yum CEO David Gibbs told investors on Thursday. “Off-premise has been good for them. And we saw a massive increase in bucket sales.”

KFC, once the country’s largest chicken chain by a wide margin, had been struggling for years as consumer demand shifted away from its bone-in chicken and toward sandwiches, wings and chicken fingers. Sales were weak and the chain’s franchisees closed hundreds of units.

Today, KFC operates about 4,000 locations in the U.S., or about 1,500 fewer than it had 15 years ago, according to data from Restaurant Business sister company Technomic.

In the meantime, rival Chick-fil-A kept surging and is now more than twice KFC’s size, making it the country’s third-largest restaurant chain of any sort, according to Technomic. In 2004, KFC was more than twice Chick-fil-A’s size.

What’s more, smaller bone-in rival Popeyes in 2019 introduced its chicken sandwich to immense acclaim. Popeyes’ system sales rose 18% in 2019, almost entirely due to one quarter’s worth of sales from that single product.

Yet KFC has been remodeling stores and using innovative marketing to get the message out, much of which has featured attention-getting products or campaigns featuring founder Col. Sanders. That has helped same-store sales remain at least flat—it has recorded just two negative quarters since 2015, one of which was the first quarter of 2020 when dining rooms were closed, sending sales at all restaurants plunging.

Since 2015 its same-store sales have averaged 2.6% growth. In the five years before that, they averaged a decline of 1.5%, according to data from Technomic and Restaurant Business.

The pandemic has helped change that equation. Customers have been making larger, family-sized orders again to take a break from the monotony of the quarantine, which has generated strong sales of its meal replacements—those buckets of chicken.

The company has its own upgraded chicken sandwich coming this month. That sandwich, under development for some time, is in 20% of the chain’s U.S. locations and is poised to expand to the rest of them by the end of the month. “We’re pleased with how it’s increased the mix of sandwiches,” Gibbs said.

The company is also working aggressively to improve speed through its drive-thrus. Gibbs said on Tuesday that KFC cut 16 seconds off the average in the last three months of the year. Gibbs also said that a promotion offering customers free chicken tenders with orders through the third-party delivery company DoorDash helped digital sales during the period. Digital sales now represent in the “high single digits” as a percentage of all orders, Gibbs said.

The new year, meanwhile, appears to be starting off particularly strong—same-store sales at all four Yum concepts, including Pizza Hut, Taco Bell and Habit Burger, were up in the “mid-teens” in January, CFO Chris Turner said. That was due in part to the stimulus, though he said the impact from it is “waning.”