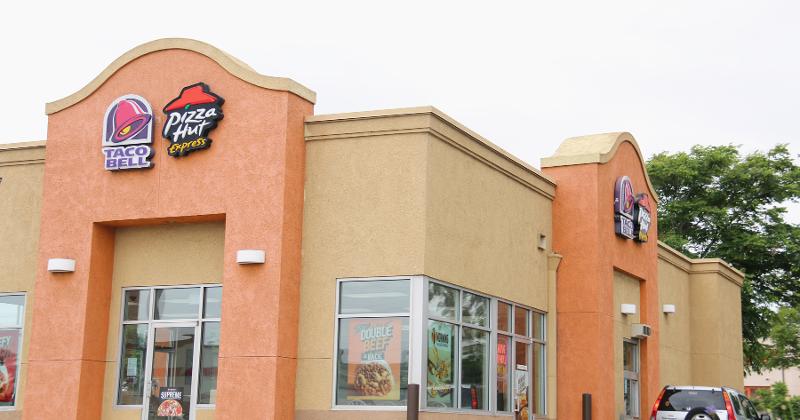 Among Yum Brands' roster of fast-food concepts, KFC and Pizza Hut in recent years have typically found themselves looking up at sister chain Taco Bell, whose sales have thrived with its combination of cheap food and innovative marketing.

The coronavirus has largely turned that pecking order on its head, at least for one quarter. Consumers, stuck at home and with families to feed, loaded up on buckets of chicken and delivered pizza and largely avoided going out for tacos.

Same-store sales at Taco Bell declined 8% in the quarter ended June 30, while they increased 7% at KFC in the U.S. and 5% at domestic Pizza Hut locations. At the Louisville, Ky.-based Yum’s newest concept, Habit Burger, same-store sales fell 18%.

To be sure, executives insisted that Taco Bell had a far better quarter than that, saying that its improvement was significant during the quarter. And they point to Cinco de Mayo, a record-breaking day for the fast-food chain that was fueled by its new “Taco Bar.”

“Look, Taco Bell was a bright spot for the quarter,” Yum Brands CEO David Gibbs said on the company’s second-quarter earnings call on Thursday. He noted that on a two-year basis Taco Bell was flat for the period—and has turned positive in July, along with the other concepts.

“They probably had the best results moving from April forward through the end of the quarter,” he added.

Taco Bell generates a lot of its business in the late night and in the morning with its breakfast business. Both dayparts were hit hard by the pandemic, with few commuters grabbing a bite to eat on their way to work in the morning, and a diminished bar and nightlife business that hurt late hours.

“They were impacted the most,” Gibbs said. “They had the most ground to make up.”

The chain’s restaurant margins rose to 24.5% of revenues despite the decline in same-store sales.

The efficiency helped with drive-thru speed. The chain cut 18 seconds off of its drive-thru times during the period.

At KFC, meanwhile, the company was the beneficiary of consumers buying large orders, as the chain sold large numbers of family size buckets of chicken. It helped that the chain recently launched online ordering for pickup and delivery.

During one week in early May, for instance, KFC generated the highest average sales per store in the brand’s history. The quarterly result was the best for the chain in five years.

For Pizza Hut, the result came despite weakness in some of the chain’s traditional dine-in units, along with the bankruptcy filing of its largest franchisee, NPC International. Consumers have been ordering delivered pizza in droves during the pandemic—both rivals Domino’s and Papa John’s have thrived in recent months.

“A lot of the gains at Pizza Hut and KFC have been from the fact that they offer great family meal solutions, which is right for these times,” Gibbs said.

For both of those chains, the challenge is keeping the new customers they’ve gained during the pandemic.

That won’t be easy as customers ultimately return to their pre-COVID habits.

Gibbs said the company has heard “positive feedback” from its customer satisfaction surveys and suggests that it could help the brands keep their new customers.

The company said it is examining data from restaurants as dining rooms reopen and notes that there is some impact to the businesses when that happens, “but not to the degree that will lead you to conclude we’ll give up the gain.”

“It’s very hard, obviously, to predict what the world will look like six months from now,” Gibbs added. “We’ve demonstrated how resilient our businesses can be and how nimble we are.”