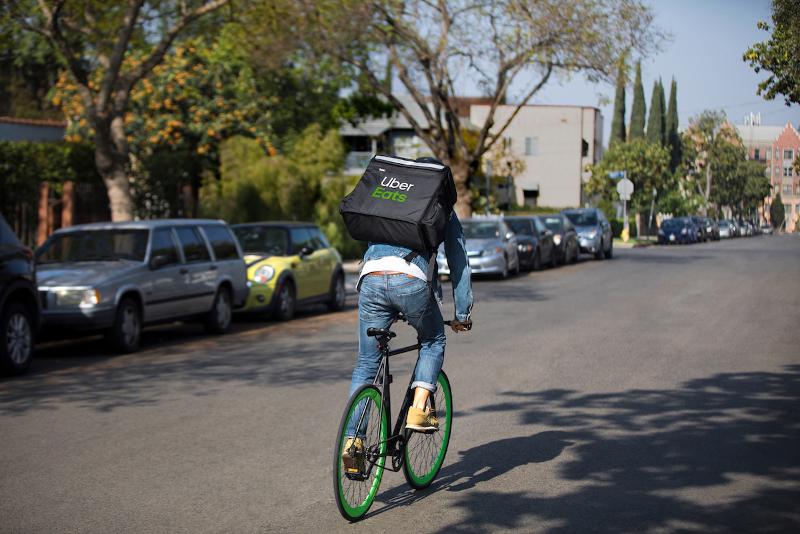 Three consumers in New York are accusing third-party delivery apps of using their market control to drive up the prices people pay for restaurant meals through a combination of exorbitant fees and menu price requirements.

The complaint says each of the delivery apps control geographic markets, so “consumers and restaurants have little choice but to do business with them.”

It says the companies charge high fees to restaurants, which in turn pass those prices onto consumers. The providers use their “monopoly power in the meal delivery market to prevent competition and limit consumer choice,” the complaint says.

The lawsuit specifically mentions delivery apps’ price restraints, which sometimes require restaurants to charge the same menu prices to delivery customers as they do to dine-in or carryout customers.

The lawsuit charges that these clauses “act as an unlawful price restraint that prevents restaurants from gaining market share and increased profitability per consumer by offering lower prices.”

As such, the lawsuit says, the restraints hurt customers who purchase directly through restaurants, either through delivery or dine-in.

“The rise of the four defendants has come at great cost to American society,” the lawsuit says. “Defendants offer restaurants a devil’s choice: In exchange for permission to participate in defendants’ meal delivery monopolies, restaurants must charge supra-competitive prices to consumers who do not buy their meals through the delivery apps.”

The lawsuit comes at a sensitive time for the delivery industry, which has seen the business thrive in recent weeks as consumers are forbidden from eating inside restaurants. Many companies have seen their delivery sales surge as a result of the coronavirus shutdown.

Yet there is also more attention being paid to the fees the providers charge, particularly to smaller restaurant companies that are struggling to survive at a time when their sales have been cut by as much as 90%.

A few local governments have taken steps to limit some of these fees. San Francisco has said it would temporarily cap some fees, for instance.

At the same time, more delivery providers have started taking their own steps to limit fees to independents, at least temporarily.

DoorDash late last week said that it would cut fees for local restaurants in half through the end of May.

Grubhub, meanwhile, said Monday that it would reinvest funds to support restaurants. “This is a completely discretionary short-term business decision designed to support our industry,” the company said.