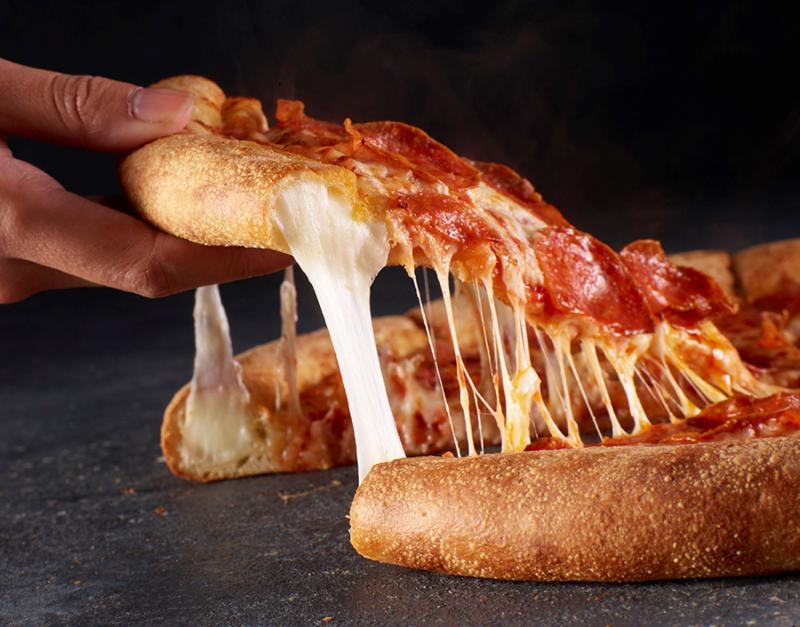 Papa John’s said on Thursday that its same-store sales rose 26% in North America in the first three months of the year—and more than 31% on a two-year basis—as the chain’s Epic Stuffed Crust pizza, growing loyalty program and use of third-party aggregators fueled strong results.

The sales growth continued into April, at a level strong enough that executives with the Louisville, Ky.-based pizza chain now expect to match the chain’s record sales from the second quarter of last year, when comparable-store sales, or comps, in its home market rose 28.5%.

“Our strong year-over-year performance is indicative of how the business continues to build,” CEO Rob Lynch told investors on Thursday. “It gives us confidence in our ability to comp our comps going forward.”

The results have put unit growth on the fast track while also doing something the chain hasn’t done in decades—keep franchisees from closing locations.

Two years after Papa John’s had to provide royalty breaks and other relief to keep operators from closing, just three of the chain’s 3,300 North America locations closed in the first three months of 2021—the lowest number “this century,” Lynch said.

The chain added a net of nine locations in North America and 68 globally, a “faster-than-expected recovery” in unit growth. Lynch said in an interview that the company won’t keep up that pace this year, but it does expect 140 to 180 new locations in 2021.

“Development got off to a fast start this year,” Lynch said. “We are getting a lot of interest from existing and new franchisees to invest.”

The lack of closures also takes some pressure off development in the future, and Lynch noted that Papa John’s has technology to better choose sites for new restaurants and ensure that they perform better once they’re open—which should keep closures down, too.

“We need less openings to deliver the same unit growth if we have less closures,” Lynch said.

But it’s the sales that have been driving much of the company’s performance. Lynch gave a lot of credit to the Epic Stuffed Crust that the chain released late last year—a product that has performed better than expected so far.

“It was a phenomenal success,” Lynch said, noting that people who ordered the product were “significantly more likely to be new customers.”

Loyalty is another sales driver, Lynch said. The company now has 20 million loyalty members, up 8 million over the past two years. Such customers come in more often and order more pizzas or other products, such as the chain’s Papadias sandwiches.

“That’s a big, big deal for us because those are our most valuable customers,” Lynch said in an interview. “They have higher frequency and higher ticket averages than the typical customers. And it allows us to engage with them on a regular basis, which also helps reduce waste and discounting.”

The other area where Papa John’s has succeeded has been in third-party delivery. The chain has used aggregators like DoorDash, Grubhub and Uber Eats—rather than avoid them, which Domino’s has done—and Lynch continues to tout the strategy’s success.

He said sales through third-party delivery rose five times in the first quarter and that the sales are profitable. Lynch also said Papa John’s is among the most popular chains on most delivery platforms—and that about two-thirds of the customers who use those platforms are new customers who otherwise would not get pizza from the chain.

“It’s a very symbiotic relationship. It’s a benefit to us as well as the aggregators,” Lynch said. “The aggregators need trips and we have them.”