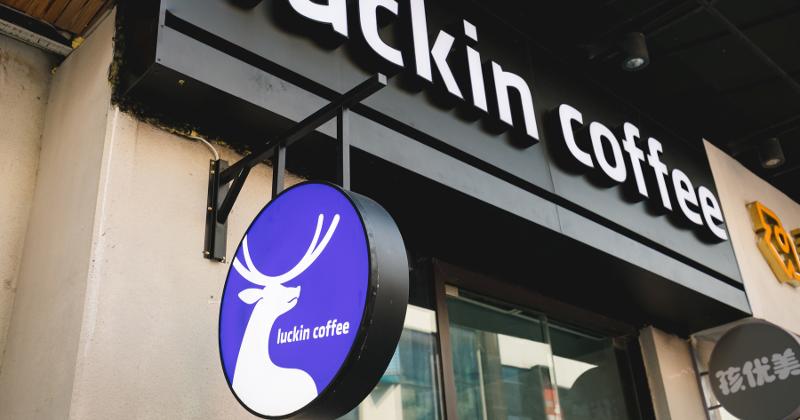 Luckin Coffee, the Chinese coffee chain that was an almost literal overnight success until investigators discovered many of its transactions were faked, on Friday filed for federal bankruptcy protection in New York.

The company, which operates 4,000 locations in China but is publicly traded in the U.S., wants to use the bankruptcy process to delay U.S. litigation against the company so it can negotiate deals on a restructuring.

Luckin filed for Chapter 15 protection, which covers foreign debtors. In a statement, officials overseeing the company’s restructuring said the filing “marks another key milestone on the path to delivering a comprehensive restructuring proposal.” They “do not expect the filing today will have any impact on the daily operations in China.” They also called the filing “routine.”

Still, the bankruptcy is only the latest sign in the company’s shocking downfall less than two years after its initial public offering.

The Beijing-based company opened its first location in 2017. Its tech-heavy locations focused on delivery and takeout and didn’t take cash. The chain spent the next three years putting those shops anywhere they could—within two years it had 2,100 locations and was putting Starbucks on its heels. The company went public in the U.S. and raised $418 million from investors.

Last year, however, short-sellers began questioning some of its numbers and in April the company made an extraordinary admission: Much of its revenues and transactions from 2019 were fabricated. Numerous executives were ousted and in July the company was delisted from Nasdaq after the stock lost the bulk of its value.

The scandal intensified scrutiny over companies based in China and other foreign countries that go public in the U.S.

In December, Luckin Coffee agreed to pay $180 million to the SEC to settle its fraud allegations. Federal regulators said that Luckin overstated revenue by 28% in the second quarter of 2019 and by 45% in the third quarter, while underestimated losses in both quarters.

In an announcement of its filing Luckin said that “all company stores remain open for business” and that the bankruptcy filing “is not expected to materially impact the company’s day-to-day operations.”

Bondholders last May took steps in Hong Kong to keep Luckin from disposing of any assets. In the U.S., meanwhile, investors filed several different state and federal lawsuits against the company as well as the investments that underwrote Luckin’s 2019 initial public offering.

UPDATE: This story has been updated to include comments from officials overseeing Luckin's restructuring.