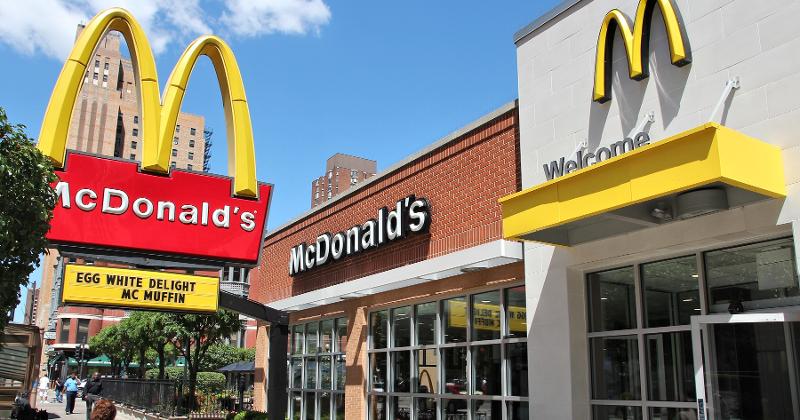 McDonald’s sales continued their post-quarantine recovery in June and turned positive in July as U.S. consumers continued to flock to the nation’s drive-thrus armed with stimulus payments, the company said on Tuesday, but it’s all-important breakfast daypart remained weak.

Same-store sales declined 2.3% in the U.S. in June, an improvement over the 5.1% decline in May. The Chicago-based burger giant said that comparable store sales declined 8.7% in the second quarter ended June 30, likely the worst result for the chain in decades.

McDonald’s will take it. After same-store sales plunged in late March and early April, the company took steps to bolster its own cash position and rescue franchisees, fearful that the pandemic and the shutdown of dine-in service would threaten their businesses.

The recovery has been quicker than anticipated, however, as consumers opted to get fast food to go.

“Our strong drive-thru presence and the investments we’ve made in delivery and digital over the years have served us well in these uncertain times,” McDonald’s CEO Chris Kempczinski said in a statement.

Globally, same-store sales declined 23.9% during the quarter. Even that number was better than anticipated after April, when same-store sales were down 39%. Worldwide, 96% of the chain’s restaurants are open, including 99% in the U.S., though most of them with services reduced to takeout, delivery or drive thru.

In the U.S., 95% of the chain’s nearly 14,000 locations have drive-thrus, which have helped fuel the chain’s sales during the pandemic.

That has helped the company’s sales improve more quickly, even when the restaurants open dining rooms, because customers know the restaurants are open, executives said Tuesday.

But they also noted that customer satisfaction scores have improved during the pandemic, and in the U.S. reached record highs.

With a limited menu, including a suspension of All-Day Breakfast, drive-thru times have improved and are down by 15 to 20 seconds, executives said.

Yet the company also relies heavily on breakfast, which has struggled as more Americans worked from home, dramatically reducing the number of breakfast-munching commuters.

Interestingly, while McDonald’s same-store sales is down in the morning, the company said its market share has increased as overall morning sales have declined.

That said, company executives on the call admitted that the company had lost its focus in the morning while focusing on other dayparts. That enabled a number of competitors to come into the market and generate their own sales.

“I would honestly say some of it was around focus,” Kempczinski said. “We were not as focused as we were rolling out other things like [fresh beef Quarter Pounders]. The other dayparts for us took on more time and energy and investment.”

The company recently put a pause for 30 days on the number of U.S. restaurants reopening dining rooms as the coronavirus spreads again. Domestically, 2,000 restaurants are open for dine-in sales.

“We do believe that dine-in is still going to be an important part of the mix,” Kempczinski said. “We’re not going to be able to get to growing traffic without dine-ins open.”

UPDATE: This story has been updated to include more details from McDonald's second-quarter earnings call.