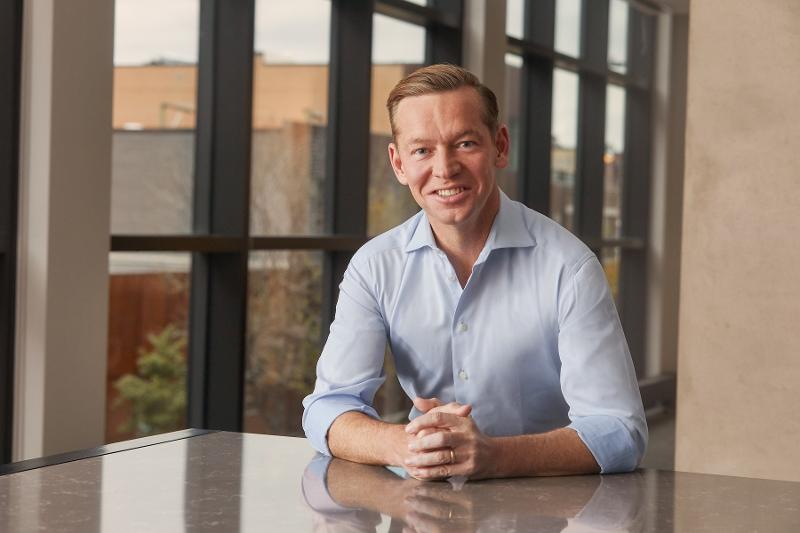 McDonald’s Corp. decided to get unconventional with its new CEO.

Well, unconventional for McDonald’s. Chris Kempczinski, tabbed to lead the top job following Steve Easterbrook’s surprise firing on Sunday, is the first CEO in the chain’s long and storied history whose previous tenure with the company can't be counted in decades.

Everybody else—from Fred Turner, who took over for company founder Ray Kroc in 1973, to Easterbrook, who started as a manager in London in 1990—had been a McDonald’s lifer. They had ketchup in their veins, to borrow an oft-used phrase at company headquarters.

Kempczinski, on the other hand, arrived at the Chicago-based chain in 2015 as an established executive. His rise at the company in subsequent years is as indicative of the company’s changes over that time as just about anything else.

The Boston native, a 1991 graduate of Duke University, received his MBA from Harvard in 1997. He worked as a management consultant with The Boston Consulting Group and also worked with PepsiCo, Kraft and Procter & Gamble before taking a position as McDonald’s executive vice president for strategy, business development and innovation in 2015.

It’s easy to forget just how many changes McDonald’s has made over the past four years. It has overhauled corporate operations multiple times, reorganizing its global structure to one focused more on markets’ state of growth rather than geography. It cut hundreds of millions of dollars’ worth of corporate overhead, reducing layers of management to simplify decision-making. It brought in executives from outside the company to change internal thinking.

It also sold thousands of restaurants to franchisees, ending a longtime corporate policy of running many of its own restaurants to show operators that they’re in the same game. In 2014, McDonald’s operated 18.5% of its systemwide restaurants and 10.5% in the U.S.

Today it operates less than 7% of its global restaurants.

The changes extend to the departures of a number of longtime company executives. That includes Doug Goare, who had been the company’s chief restaurant officer and who retired last year.

It also includes Dave Hoffmann, a longtime company executive who was president of the company’s high growth markets in 2016 when he left to be president of Dunkin’ U.S. He was promoted to CEO of Dunkin’ Brands with the retirement of Nigel Travis.

Hoffmann was widely viewed as a future McDonald’s CEO before he left the company. Several former McDonald’s executives have since gone with him. That includes Rick Colon, a 40-year veteran who left for Dunkin’ last year and is now Canton, Mass.-based Dunkin’s senior vice president, operations and development.

All of a sudden, a company that was seemingly operating on all cylinders has hit a major speed bump, generating the type of turmoil in the executive staff usually reserved for companies with problems—not companies with 17 quarters of global same-store sales growth and strong performances in all of its major markets.

To be sure, McDonald’s has faced worse. In 2004, CEO Jim Cantalupo died. Charlie Bell was tabbed to replace him and was diagnosed with colon cancer just two weeks later. Bell later resigned and passed the baton to Jim Skinner.

At the time, however, McDonald’s was known for that deep bench, and its CEOs were all longtime executives well-versed on the company’s turnaround plan at the time. Skinner would guide McDonald’s during an eight-year period of remarkable growth.

Kempczinski is hardly an outsider. And he spearheaded the chain’s most visible efforts in the U.S., including a dramatic remodel of its restaurants to feature kiosks and table service. He also helped guide the chain as it quickly shifted to focus more on drive-thru efforts this year.

The company’s U.S. market under Kempczinski has performed well, including 4.8% same-store sales growth in the third quarter despite intense competition from chains such as Burger King, Wendy’s and Popeyes Louisiana Kitchen.

Yet Kempczinski’s relative inexperience at the company compared with his predecessors has elicited some doubts among operators. So, too, has the company’s fraught relationship with franchisees: McDonald’s aggressive remodel plan angered franchisees and led to the creation of the National Owners Association last year.

While McDonald’s has made numerous efforts to improve that relationship in the months since, tension still remains between the groups.

Still, analysts and investors on Wall Street hardly seem worried about a Kempczinski-led McDonald’s. The stock’s 3% decline was relatively modest given the earth-shattering nature of the news, and Kempczinski’s performance in the U.S. and his visibility in relation to many of the company’s domestic efforts assuaged concerns that he’s not up for the job.

In the short term, it would seem, little will change in the way McDonald’s operates. The company had a strong four-year run under Easterbrook. Kempczinski will likely want to continue along the same path.

Indeed, that’s a bit of good news for the company and its franchisees. For all of the concern about turmoil and executive changes, they are coming at a time of generally strong performance. The strategy is in place. It’s up to Kempczinski to take it.

What restaurant sectors thrived during the pandemic?