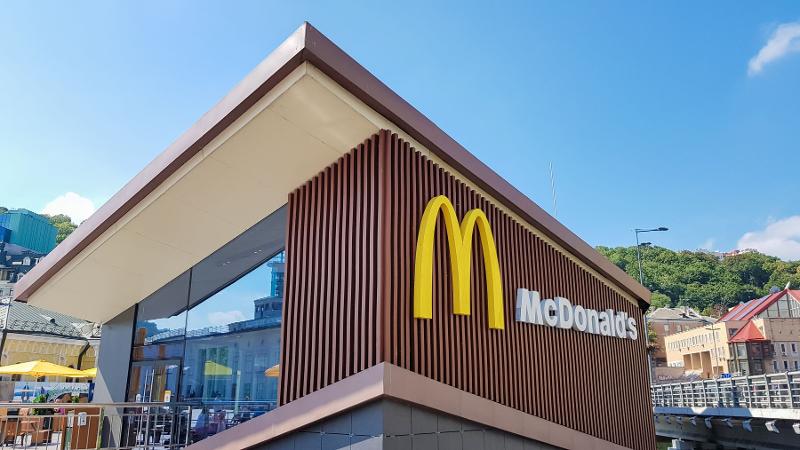 McDonald's said it would begin a phased reopening of some of its restaurants in Kyiv and western Ukraine. / Photograph: Shutterstock.

McDonald’s said on Thursday that it will reopen its restaurants in Ukraine, telling employees in a system message that it would begin a phased reopening of its locations in Kyiv and western Ukraine after consultation with officials, suppliers and security specialists there.

Yet it is uncertain how many locations the company plans to reopen in the country or when. McDonald’s operated 109 restaurants in Ukraine, which have been closed since Russia’s invasion of the country in February.

“After extensive consultation and discussion with Ukrainian officials, suppliers and security specialists, and in consideration of our employees’ request to return to work, we have decided to institute a phased plan to reopen some restaurants in Kyiv and western Ukraine, where other businesses have safely reopened,” Paul Pomroy, SVP of McDonald’s International Operated Markets, said in the message.

He said the company would begin working with suppliers over the next few months to get products to restaurants, make the locations ready to serve customers and bring restaurant teams back on site. The company also said it would implement improved safety procedures.

McDonald’s temporarily closed its restaurants after the Russian invasion. It also closed its 850 Russian restaurants, eventually making that closure permanent. Those locations have been sold to its Siberian operator.

The company has been paying its approximately 10,000 workers there since the closure and has funded relief efforts through Ronald McDonald House Charities. Yet, in his message, Pomroy noted that workers in Ukraine “have expressed a strong desire to return to work and see our restaurants in Ukraine reopen.”

He said that doing so would represent a return to normal for a country beleaguered by months of war. It could also help restart the local economy.

“The belief that this would support a small but important sense of normalcy has grown stronger,” Pomroy said. “And Ukrainian officials have advised that businesses resuming operations will support the local economy and the Ukrainian people.”