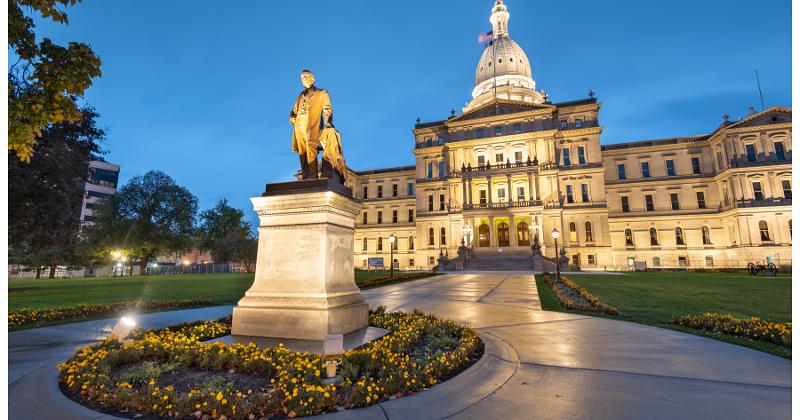 Michigan Gov. Gretchen Whitmer is aiming to help her state’s restaurants rebound from the pandemic by budgeting $100 million for grants of up to $20,000 in working capital.

The plan unveiled by the governor on Tuesday may also help the state’s eating and drinking places in their struggle to recruit and retain workers.

Under the governor’s Economic Jump Start plan, restaurants and other employers would be provided for three months with the funds needed to raise employees’ pay to $15 an hour. The state would pick up the difference between what the businesses currently pay in wages and what their payroll would be at $15 per hour. In exchange, the employer is obliged to keep the workers on the payroll for at least another three months at the higher pay rate without any contribution from the state.

Michigan’s minimum wage is currently $9.65 an hour. Studies have shown that the Number One reason why workers avoid restaurant jobs is the industry’s pay scale.

Close behind, according to at least one study, is the inability of many parents to line up or afford care for their children during work hours. Whitmer’s budget plan calls for allocating $370 million for no or low-cost childcare for an additional 150,000 families.

The $20,000 provided in direct grants to restaurants could also be spent on payroll, along with rent, mortgage payments, taxes or other routine expenses. The governor’s proposal earmarks $25 million of the $100 million requested allocation for businesses with fewer than nine employees.

"Under the Michigan Economic Jumpstart plan, we can harness these once-in-a-lifetime economic opportunities and channel it to raise wages, invest in small businesses, and uplift families,” Whitmer said in a statement.

She noted that her plan could be funded with pandemic relief money provided by the federal government.  Michigan also has a budget surplus.