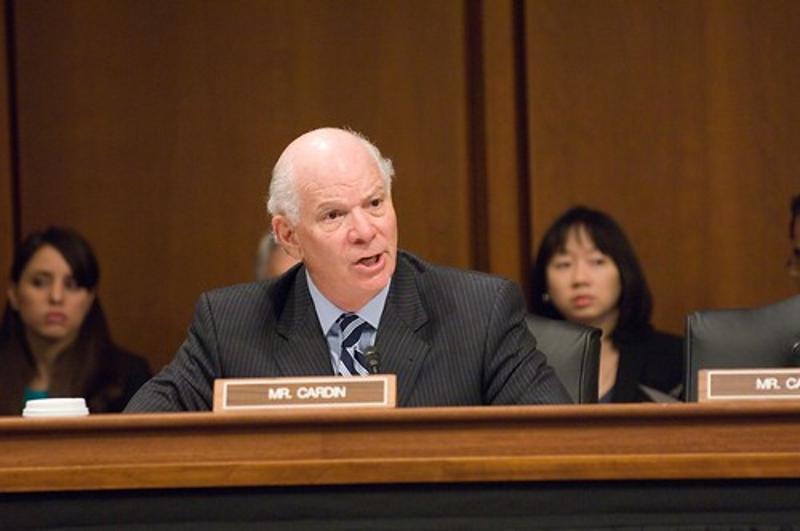 The optimism has been stoked by the resumed efforts of two powerful senators, Ben Cardin (D-Md.) and Roger Wicker (R-Miss.), to push through a replenishment of the Restaurant Revitalization Fund (RFF). That $28.6 billion kitty provided grants of up to $10 million for operators until it ran out of money within three weeks.

About a third of the applicants, or about 101,000 operations, managed to land a grant. About 278,000 additional applicants were left in limbo by the depletion of the fund.

Cardin aired a bill last August that would have re-upped the RFF with an additional $48 billion. It followed a proposal from Wicker and Sen. Kyrsten Sinema (D-Ariz.) to replenish the kitty with $60 billion in aid.

Despite drawing a number of co-sponsors from both parties, including Sens. Chuck Schumer (D-N.Y.) and Lisa Murkowski (R-Alaska), the measures went nowhere.

The efforts were hampered at the time by a perception that the restaurant industry had largely recovered from the pandemic’s sales plummet. Public restaurant companies were reporting sales above what they’d garnered in 2019.

But the surge in COVID-19 cases triggered by the omicron coronavirus has very visibly slowed if not derailed the rebound. Although capacity limits have not been re-imposed, as they were a year ago because of a sharp upswing in COVID cases, many restaurants are nonetheless closing or reducing their seating because of employee infections and mandated traffic screens, such as  vaccine or mask mandates.

Cardin and Wicker revealed this week that they’re working on a revised and combined version of the aid proposals they introduced last summer. The new plan, as first reported by the Washington Post, calls for raising the aid pool to $68 billion and making the grants available to small businesses outside of the restaurant industry, such as health clubs. The money would come in part from federal programs that have not depleted all their funding.

Their plan has not yet been formalized into a bill. But the effort has snagged attention because of the industry’s current plight and the two proponents involved. Cardin is chairman of the Senate Small Business and Entrepreneurship Committee. Wicker played a role in the development of the RRF, though he voted against the larger measure that established the relief program.

Asked at a Wednesday press conference about the White House’s position on providing more federal aid to restaurants, White House Press Secretary Jen Psaki responded that the administration “wouldn’t predict that at this time.” She noted that there is currently no specific funding proposal on the table, but appeared to leave the door ajar by commenting, “we are in constant discussions with Congress and leadership about the needs of the American people — whether they are small businesses or restaurants or people sitting in their homes.”

“It's not impossible, it's just a tougher environment now," said Franklin Coley, a partner in the government-affairs and public policy consulting firm Align Public Strategies.

He explained, “Election-year politics are going to complicate everything in 2022. Republicans are already lining up behind a narrative that centers on spiking inflation and a stalled recovery under President Biden and the Democrats. That will create a tough legislative environment to build bipartisan consensus for any big legislative packages.

"That said, the industry has done an incredible job building broader support for previous assistance programs.”

The National Restaurant Association and other industry groups pushing for more federal aid to restaurants would not assess the chances of a re-up measure being passed. But they voiced frustration that nothing has happened to date and warned of dire near-term times for the business if the federal government does not extend financial assistance.

“By every business metric, the restaurant industry remains incredibly vulnerable,” Sean Kennedy, EVP of public affairs for the association, said in a statement. “Every warning light is blinking red, but Washington continues to offer a ‘hurry up and wait’ response. Stabilizing the nation’s second-largest private employer needs to be an immediate goal for Congress and the Biden administration.”

“Restaurants are tired and out of resources after spending 22 months closing, reopening, pivoting, closing again, and pivoting again,” read a statement from IRC Executive Director Erika Polmar. “We estimate that over 150,000 restaurants and bars could close if the Restaurant Revitalization Fund isn't fully funded this winter.

“Congress and the Biden Administration need to finish what they started and fully fund the Restaurant Revitalization Fund."