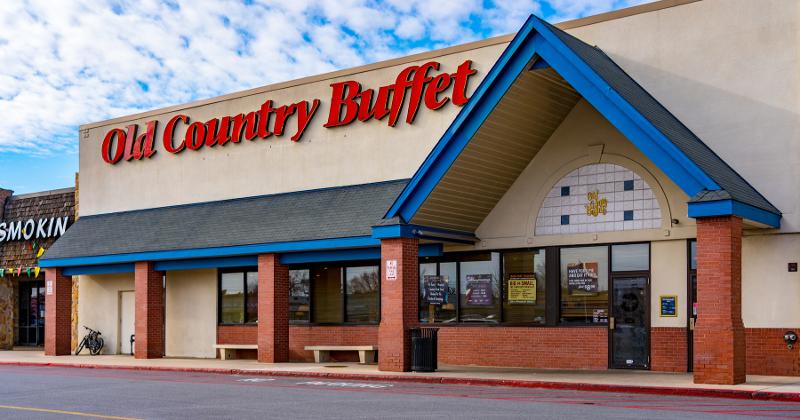 The parent of Old Country Buffet has a new potential buyer after a previous deal was killed./Photograph: Shutterstock

The on-again, off-again sale of the former Buffets Inc. empire is on again.

Fresh Acquisitions, the owner of Old Country Buffet, HomeTown Buffet, Tahoe Joe’s and other concepts has another buyer. This time it’s Serene Investment Management, an investment firm that had previously bought up the debt to FoodFirst Global Restaurants before its bankruptcy filing.

Serene has a “stalking horse” bid of $4.2 million to buy Fresh Acquisitions out of bankruptcy, including $3.2 million, plus another $1 million in lease costs, according to court documents. The deal also includes warrants that could make the sale price more valuable, depending on the company reaching certain milestones.

As a stalking horse bidder, Serene has the inside track to buy the company out of bankruptcy court. Anyone bidding would have to submit a higher bid and pay a breakup fee.

The auction is set to be held within two weeks, according to court documents.

This is the second time that the buffet company has had a stalking horse bidder and a scheduled auction since its April bankruptcy filing.

Fresh Acquisitions declared bankruptcy with just six Tahoe Joe’s restaurants open—or less than one-one hundredth of the 650 locations it had at its peak in 2006, when it was known as Buffets Inc. The company has declined in the years since then and this is the fifth bankruptcy in the chains’ collective histories.

Initially, Fresh Acquisitions had a deal to sell itself to VitaNova Brands for $3.2 million, plus the assumption of liabilities. The $3.2 million was a credit bid to pay off a loan VitaNova made to Fresh to get it through bankruptcy, and according to legal filings, the liabilities were largely tax liabilities from before the filing. That made the total value $14.3 million.

VitaNova appeared set to buy Fresh Acquisitions after nobody came forward to buy the companies until a judge killed the deal last month.

The denial of the sale came amid questions about the relationship between VitaNova and Fresh Acquisitions as well as concerns about the company’s use of Paycheck Protection Program funds. Unsecured creditors had objected to the sale

The sale to VitaNova came under fire during the bankruptcy process amid questions about the relationship between VitaNova and Fresh Acquisitions, as well as concerns about the use of Paycheck Protection Program funds.

Creditors for the chains questioned $12 million worth of “intercompany payments” in the year before the bankruptcy filing to what they say are insiders or affiliates of Fresh Acquisitions. Creditors also questioned the use of Fresh Acquisition’s Paycheck Protection Program funds, saying they “may have been misdirected or improperly used.”

The creditors also said that managers of VitaNova are also “governing persons” for Fresh Acquisitions, arguing that it would effectively be a sale of the company to insiders.

After the judge killed the sale, VitaNova pulled its offer to buy the company and the process returned to the drawing board.

Serene has made a handful of investments in various companies, either by providing lending to get them through bankruptcy or buying the debt. It acquired the debt of FoodFirst last year before it went into bankruptcy and was later sold to Earl Enterprises.