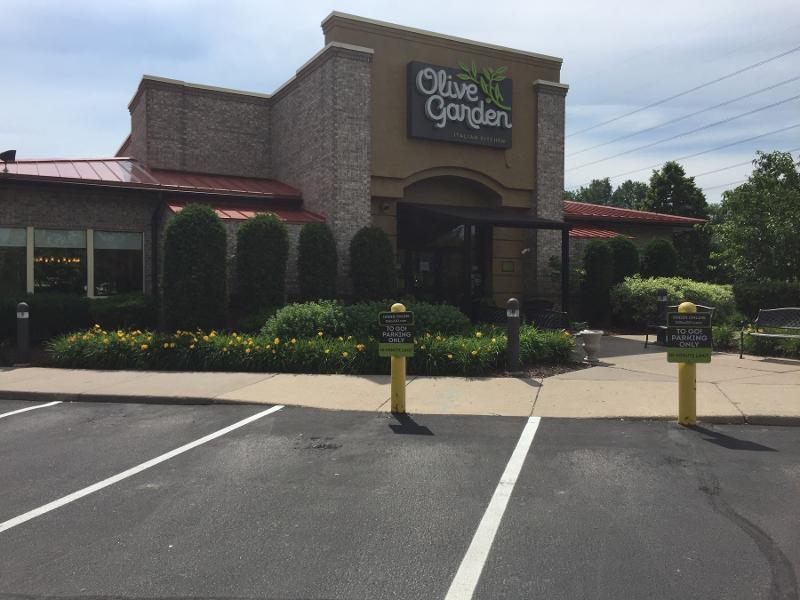 More than a year ago, when states closed dining rooms around the country, the big casual-dining operator Darden Restaurants started going to work. It simplified operations, cut certain menu items, cut back on some marketing spending and reorganized its corporate offices.

That helped the company when sales plunged during the pandemic. But it has paid major dividends as sales have returned.

Both Olive Garden and LongHorn Steakhouse reported record profits as their sales have returned. Olive Garden’s sales hit 2019 levels in the quarter ended May 30. LongHorn’s same-store sales were up 13.5% over 2019 in the same quarter. The entire company’s restaurant-level margins hit record levels in the quarter, as did Darden’s EBITDA, or earnings before interest, taxes, depreciation and amortization.

That profitability came even though the company is paying higher prices for food and paper—and seeing some spot shortages in the process—while labor costs continue to increase.

Yet Darden actually lowered its spending on labor as a percentage of sales during the quarter by 320 basis points. The company credited improved efficiencies from operational simplification for the improvement.

“We’ve made significant investments over time in our people,” CEO Gene Lee told investors on Thursday morning. “Starting way back when we had the tax reform, we made the choice to invest in our people at that point in time. We’ve invested in our people throughout the pandemic. Our people have stayed with us through this.

“We have an attractive employment proposition. We’re able to attract people to our businesses, to work for us. We think that we’re fairly well staffed right now.”

Many casual dining chains took steps to improve operations during the pandemic and rescue their business amid weak sales. Some of these companies are getting rewarded for those efforts more recently as customers return to dining rooms.

Olive Garden, Darden’s 875-unit flagship concept, saw its segment profit margin improve to 25.5% in the quarter, up from 21% in the same quarter two years earlier, before the pandemic.

Same-store sales at the chain were down 1.5% from 2019 levels, the company said, but they were positive in both April and May. “I’m just thrilled with their performance,” Lee said. “When you’re looking at 25.5% restaurant-level margins and getting back to pre-COVID sales levels, that’s just amazing. That performance is unbelievable.”

Yet Olive Garden’s performance was overshadowed by LongHorn, whose sales soared 13.5% in the quarter, including 16% in April and 15.5% in May. The 533-unit steak chain, much like its sister concept, enjoyed strong restaurant-level profits, which improved to 20.6% in the quarter from 19.2% in the same period a year before.

“We’ve been investing in that business for five years since Todd came back,” Lee said, referring to Todd Burrowes, who has been president of the chain since 2015. “He and his team have done a great job of improving the value perception. When we look at where they are in Technomic and the ratings, they are No. 1 in most categories. They moved from middle of the pack to No. 1. And so I think LongHorn’s performance is just a culmination of a lot of work over a great period of time.”

But, Lee said, consumers are eating a lot of steak. “The whole steakhouse segment is moving. The segment has high value perceptions. So they’re definitely getting a segment lift. But they’ve also done a great job and they’re executing at a very high level.”

But both of Darden’s other segments saw improved profits, including its fine-dining segment featuring The Capital Grille and Eddie V’s, whose margins improved to 21.7% from 20.8% two years earlier. And the company’s “other” segment, including Cheddar’s, Yardhouse, Bahama Breeze and Seasons 52, saw margins improve to 19.3% from 16.1%.

Cheddar’s, in fact, had the strongest improvement of the entire company, Lee said. That’s important for Darden’s newest chain, which had been struggling since it was acquired in 2017. “The biggest improvement in the business model in all of our business came at Cheddar’s,” Lee said. “We continue to focus on strengthening the restaurant leadership team to be able to handle the future growth. But overall we’re pleased with where the business is today.”