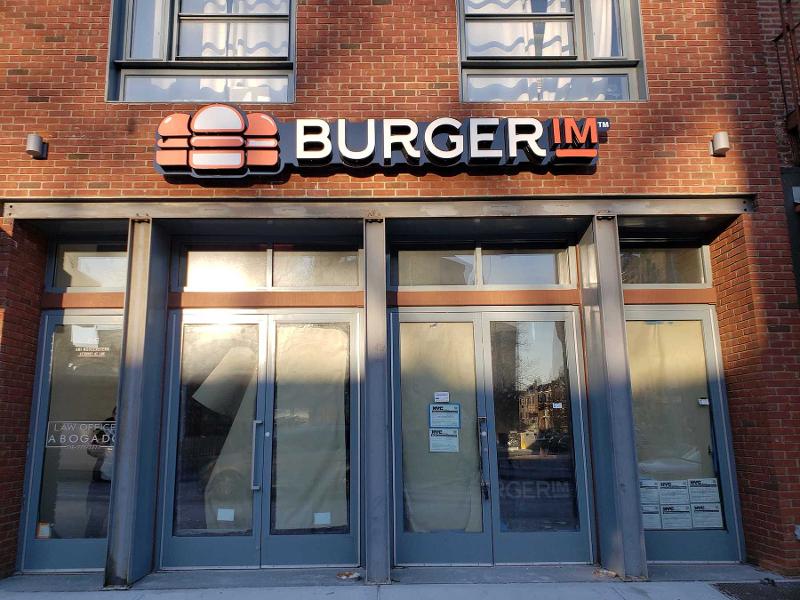 On Tuesday, the California Department of Financial Protection and Innovation (DFPI) ordered Burgerim to pay nearly $4 million in fines and refund franchise fees to any of the more than 1,200 operators who have yet to receive one--citing more than 1,500 violations of state franchise rules.

There was one problem, at least according to Adam Wasch, an attorney with the Florida law firm of Wasch Raines.

“This is great from the California DFPI but I wonder how they intend to serve Loni and others,” Wasch said, referring to Burgerim’s founder, Oren Loni. “These people are ghosts. I’ve had a process server try to hunt them down to serve my Florida lawsuit for months.”

Loni stopped paying his employees and shut the company’s corporate offices in late 2019, leaving behind unread mail and reams of paperwork, with no notice to the 1,500 franchisees who had signed up for a franchise in the preceding four years.

In so doing, Loni left behind a wreckage of failing restaurants and franchisees who lost everything, and hundreds of others who were unable to get a location or their money back. Most sources had indicated he fled to his native Israel—which he had left years earlier following another, similar scandal involving a franchise there.

[Read all of our coverage on the fall of Burgerim here.]

In its order on Tuesday, DFPI accused Burgerim of numerous violations of franchise rules stemming from its sale of franchises and the creation of a successor company that has collected rebates from vendors in the 15 months since Loni’s departure.

It’s also a rare order. Keith Miller, a franchisee advocate who has been looking into the Burgerim situation for nearly two years, said the $4 million fine is the largest he’s seen connected to a franchise—larger than a $3.5 million fine from the U.S. Federal Trade Commission against the printing company Minuteman Press in 1999.

Burgerim’s early success selling franchises made it one of the fastest-growing restaurant chains of all time.

That amount is potentially significant. The order means the company would have to refund franchise fees for operators who didn’t already receive them—an amount the order says is “at least $8 million.” Burgerim took $57.7 million in franchise fees over a four-year period, meaning it is on the hook for $50 million in refunds in addition to the fine. But there is also the “make-whole” provision that could be significant, given that hundreds of operators paid a lot more to try and open restaurants.

We’ve spoken with several franchisees, or would-be franchisees, who’ve tried and failed to get in touch with anyone at the chain. The same is true for attorneys such as Wasch who’ve tried serving the company with legal summons.

“The explicitness with which they say they should rescind the franchise agreements and make [franchisees] whole beyond just their franchise fee is pretty powerful,” said Caroline Fichter, an attorney out of Washington State who typically represents franchisees. “It’s just unfortunate there’s no way for franchisees or the state of California to enforce that judgement.”

It’s unlikely that Oren Loni or what’s remaining of Burgerim—which still has an operable headquarters phone number—has the funding to be able to pay the refunds, anyway. (Messages left at the company have not been returned.)

Burgerim sold franchises at an extraordinary rate, including 1,300 in 2017 and 2018 that made it probably the most successful franchise operation of all time, at least on a percentage basis—given that it didn’t have any units in 2015.

Yet the vast majority of those never opened a restaurant because they had little financing or know-how, and even if they did open a restaurant the company didn’t collect royalty payments.

The order does require the company to use any “ill-gotten funds,” including nearly $400,000 in rebates collected from vendors that provide food and point-of-sale systems through August last year, to repay franchisees. But that would be just a fraction of the total amount potentially owed.

To franchise advocates, that points to limits in franchise oversight, where there rarely are criminal penalties attached to such situations. And there are few disincentives to keep people from operating franchises that mostly fail—many people who were involved in Burgerim have gone on to work at other franchise systems.

“There’s no penalty for being at the helm of a franchise that implodes, even when it deliberately implodes like this one,” Fichter said. “It would take someone going to jail to maybe wake the industry up.”