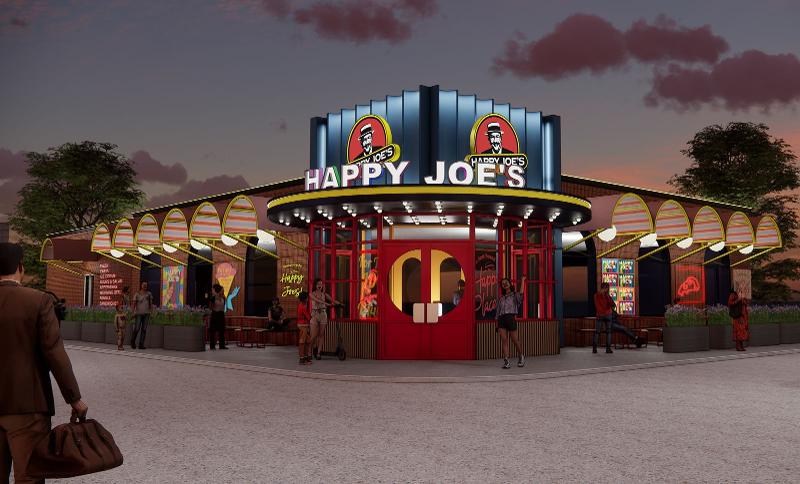 The company blamed its issues on the lingering impact of the COVID-19 pandemic as well as high labor and food costs. Dynamic has $5.3 million in secured debt. It filed for Chapter 11 bankruptcy protection and hopes to close company stores.

None of the franchise restaurants in either brand are affected by the bankruptcy filing.

Dynamic’s senior debt appears to be rooted in its 2017 acquisition of Happy Joe’s. AAVIN Equity Advisors, a financial partner in that deal, made a pair of loans to Dynamic as part of a loan and investment agreement at the time.

The seller of Happy Joe’s also loaned Dynamic $1 million as part of the 2017 sale, also known as a “seller’s note.” Dynamic owes $1.2 million, according to court documents, though the note is unsecured, meaning the secured lenders, or AAVIN, must be paid before that debt can be paid.

Few restaurant chains have filed for bankruptcy protection in recent months, in part because of sales recovery and consumers’ willingness to pay higher prices coming out of the pandemic.

But many companies were heavily in debt going into that era and borrowed more to survive it. Soaring prices for food, coupled with widespread labor shortages and higher wage rates, have also hurt profitability. That could push more small chains into bankruptcy in the future.

Happy Joe’s has closed locations in recent years, but existing restaurants have seen increases in unit volumes, according to Technomic. Unit volumes are up 28% the past five years, but global unit count is down 16% over that period.

The company recently announced plans to grow in the Middle East with a master franchisee, H.J. Middle East. It also recently said that its same-store sales rose 4% in the first quarter and 11% over the same period in 2020. The chain said it introduced a new mobile app, website and loyalty program and suggested it has plans to grow into the Southeast.

It didn’t keep the company from seeking out federal debt protection, however. Dynamic plans to close both of its Tony Sacco’s locations and some of its company-owned Happy Joe’s restaurants.

The combination of the pandemic and higher costs “hampered [Dynamic’s] ability to continue their operations with their current footprint and otherwise timely pay operating expenses,” Tom Sacco, CEO of Dynamic, said in a court filing.