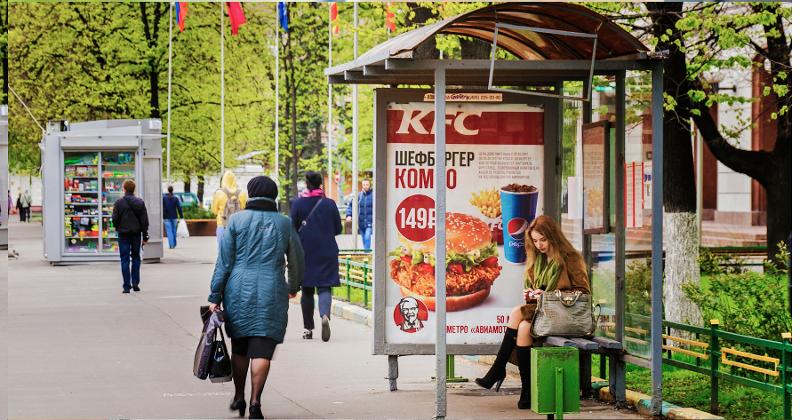 The parent of KFC, Pizza Hut and Taco Bell said Tuesday that it’s close to finalizing the transfer of KFC’s operations in Russia to a local party and completing its exit from the once highly desirable market.

Yum Brands did not reveal the party that intends to assume operation of KFC, nor any terms of the arrangement. The deal would include master franchise rights to locally operated KFCs and any restaurants operated by the franchisor.

Nor did Yum indicate if the restaurants would continue to operate under the KFC brand name. Pizza Hut restaurants in Russia are already being converted to another brand by the party that acquired that brand’s Russian franchise assets last month, Yum said in disclosing it plans for KFC operations there. The identity of that new franchisor was not disclosed.

Earlier, Yum had indicated that profits from its operations would be redirected to humanitarian causes until the transfers were done. It also projected that the divestitures would reduce its operating profits for the current year by about 3%.

Taco Bell exited Russia about 20 years ago after several trial stores failed to draw a following. Yum’s fourth restaurant brand, The Habit Burger Grill, has never had a restaurant there.

Yum is the latest U.S. chain operator to decamp from Russia since the former cornerstone of the Soviet Union invaded Ukraine for a second time in February. It illegally annexed Crimea in 2014.

McDonald’s announced its departure from the market as Russian forces started pummeling Ukraine with bombings and marching into the one-time satellite. It immediately closed its restaurants there while continuing to pay its 60,000 Russian employees. In mid-May, it disclosed a deal to sell the operations to its Siberian franchisee, Alexander Grover, for an undisclosed amount.

Starbucks said in the days following Russia’s invasion of Ukraine that it would close all 130 of its restaurants there but keep the employees on the payroll for six months.

Burger King was unable to sunset its operations there because the 800 restaurants are operated under a joint venture with a local majority partner who refused to fire down the grills.

Yum is believed to be the world’s largest restaurant franchisor, with more than 33,000 restaurants within its four chains.