On Monday, the 10-unit burger and kebab chain Pincho Factory announced that it had received a round of investment capital, a new president in former Papa Murphy’s executive Jayson Tipp, and a 10-unit franchise deal in Washington, D.C., its first outside of Florida.

None of which would have happened had company founders Nedal Ahmad and Otto Othman known anything about the restaurant industry eight years ago.

Ahmad was making burgers and having drinks with Othman one day in 2010. At the time, Ahmad worked in a restaurant, but didn’t have much of a background in the business, and was unhappy. Othman was in advertising. He also liked Ahmad’s burgers—a lot.

“After a couple of shots, I told him he should quit his job and open a restaurant,” Othman says in an interview. “I told him, ‘You should take my mom’s pinchos (kebabs) and your burgers and I’ll handle marketing.’”

Othman’s mother’s pinchos had long generated such demand from families and friends that Othman had to stop them from asking her to make them for their own barbecues. But it was enough, along with Ahmad’s burgers, that they felt it could make a fun combination in a fast-casual restaurant.

A couple of days later, Ahmad called Othman back after eyeing real estate. The pair cobbled together $77,000 between themselves, family members and a small loan. The only real estate they could afford was a “hole in the wall in Westchester, Fla.,” just more than 20 minutes away from Miami, where the chain is now based.

“We couldn’t afford anything around where we lived,” Othman says. The two demolished everything in the store and designed it themselves. They opted to serve a menu of just eight items.

“We were obsessed over those eight items,” Othman says. “We were going to do eight things and make sure they’re amazing.”

One day late that year, however, Ahmad called with a problem. “Hey Otto, we’ve got to open this Saturday?” he said, according to Othman. They didn’t have staff, plates or even training manuals.

Othman handed Ahmad a credit card and told him to buy everything and hire a couple of workers. They invited friends to attend Othman’s “birthday party.”

There were 400 people at the door when they opened that Saturday. “It was a cool marketing campaign at the time,” Othman says.

“Our parents thought we were nuts,” he added. “But we were already all in. And when we opened, it was a huge relief to see so many people waiting outside the door.”

The menu features burgers based off of Ahmad’s recipes, and the pinchos, which are grilled kebabs of chicken, steak or shrimp served in a wrap, rice bowl or salad. The menu has expanded since the early days but is still largely focused on burgers, pinchos, chicken sandwiches and hot dogs.

While the opening was strong, the fast-casual concept struggled a lot in the first two years. “Our first year was extremely tough,” Othman says. “Our second year was even harder. Nedal almost gave up and closed down.”

Ultimately, he says, the company’s location 30 minutes away from its target demographic worked in their favor, oddly enough. “Being that hole in the wall all the way to Westchester had that coolness,” Othman says. “All of a sudden we were doing $1 million a year.”

They doubled down in 2013, opening a second location in Coral Gables that would thrive quickly. At the end of that year, Othman quit his advertising job and joined his cousin. “It was very scary to leave a six-figure job,” he says. “But it was the best decision I ever made.”

They focused that year and the next on building systems and opened more locations in 2016 and 2017. They recently opened their 10th. Half of the locations are company-owned, the other half are franchised.

“We had 600-plus franchise requests,” says Othman, who is Pincho Factory’s chief marketing officer. “We had to say no to a ton of people.”

And now they’ve attracted investors in a Series A funding round, brokered by Exeter Capital Partners and led by entrepreneur Ned Scherer, an entrepreneur and multiunit franchisee in Washington, D.C. Terms of the funding round were not disclosed.

The investment group has also agreed to develop 10 locations in Washington, D.C., over five years.

The company beefed up its management team with Tipp, the former chief development officer with Papa Murphy’s who had also been the chain’s senior vice president of marketing. 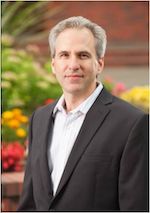 “He’s phenomenal,” Othman says. “He’s extremely talented. We hired a headhunting firm and Jayson stood out. He knows the industry and he knows franchising, is analytical and entrepreneurial. In order for us to do this the right way we needed that expertise.”

And yet early on, the cousins’ lack of expertise probably ensured they stuck around, or that they even opened in the first place.

Neither had much industry experience, or much of an idea how difficult the restaurant business really is.

“This is a very tough industry,” Othman says. “Had we known the amount of work it is to build a brand, we probably would have been intimidated and not done it. But being young and not super exposed to the industry gave us stamina. Those were great days. We’ve learned so much.”