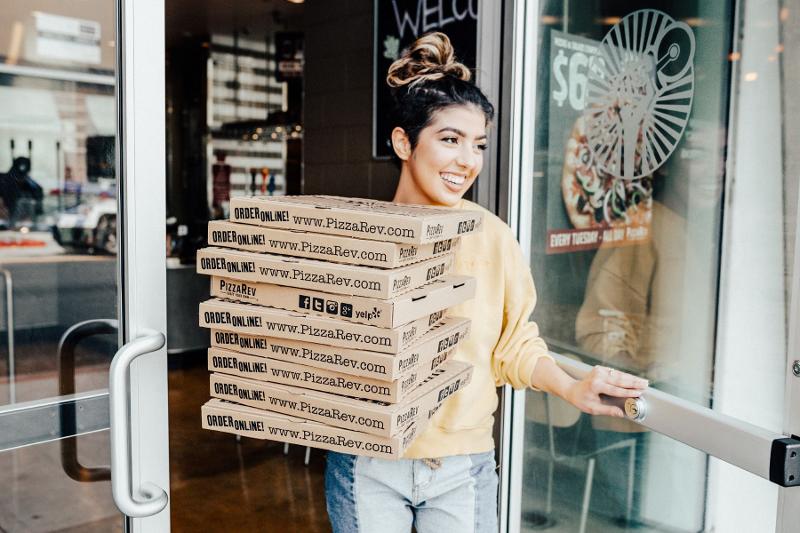 Five years ago, PizzaRev had 44 locations. It has since closed all but 12 units—three company-owned stores and nine franchised locations. Amergent purchased them for $100,000 in cash and a secured convertible promissory note for $1 million, according to Securities and Exchange Commission documents.

As part of the deal, former PizzaRev parent Pie Squared Pizza deposited $2 million in escrow for Amergent to use as working capital during its first year as owner.

Matthew Avila, who has served as PizzaRev’s director of corporate operations since 2014, will lead the brand, Amergent said in a statement.

“By entering the pizza space via this initial acquisition, Amergent will have the ability to identify additional pizza concepts to acquire and operate,” Glick said in a statement. “We anticipate numerous synergies including improved franchisee support, shared information technology, supply chain efficiencies, improved sales and marketing, research and development, complementary geographies and customers, and enhanced employee opportunity.”

In 2014, Buffalo Wild Wings invested in PizzaRev when it had just three locations. But the wing chain sold PizzaRev three years later to Chicago-based Cleveland Avenue, a venture capital firm headed by former McDonald’s CEO Don Thompson. PizzaRev had more than 50 restaurants at the time, and 200 under development.

By 2019, then-Southern California-based PizzaRev had 32 locations, according to Restaurant Business sister firm, Technomic. Just before and during the height of the pandemic, the customizable pizza concept closed more than half of its total units, dwindling to 13 locations last year.

Its sales fell more than 54% from 2019 to 2020, according to Technomic, the worst of all of the country’s major fast-casual pizza brands—most all of which saw major sales declines during the period.

“We expect this acquisition to be immediately accretive and lay the groundwork for additional future like opportunities, some already in process,” Amergent CEO Mike Pruitt said in a statement. “We continue to focus on assets whose value can be unlocked inside of our public platform, which will result in greater scale and synergies.”