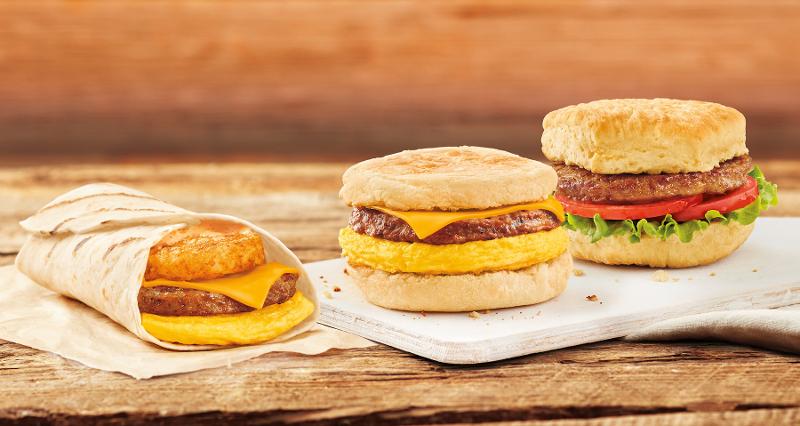 Plant-based meat continues to take a greater spot on restaurant chain menus as companies continue to look for novel ways to lure customers.

KFC, for instance, is expanding its Beyond Fried Chicken test, adding the product in two markets, Charlotte, N.C., and Nashville, for much of February, or while supplies last.

And yet there are other indications that the trend might be turning a corner, or at least hitting peak.

This week, according to Reuters, Canada-based doughnut and coffee chain Tim Hortons pulled Beyond Meat sandwiches from its restaurants in Ontario and British Columbia, the two provinces in which it had still been serving the item following a pullback last year.

“The product was not embraced by our guests as we thought it would be,” the company said, according to Reuters.

It’s notable that Carrols CEO Dan Accordino said he was “encouraged by the continued strength of the Impossible Whopper.”

And Burger King is going all-in on plant-based burgers, testing smaller versions as well as an Impossible Sausage Croissan’wich.

Still, the company added its Impossible Whopper to its 2-for-$6 menu this month, discounting a product that already comes with a smaller profit margin percentage.

Few trends have caught fire in the restaurant business the way plant-based meat did last year, particularly at fast-food chains. By all accounts, chains generated a stunning amount of early interest by announcing plant-based products branded either with Impossible Foods’ name or with the Beyond Meat label. KFC ran out of its Beyond Fried Chicken in just a few hours.

Plant-based burgers have also taken hold at numerous higher-end restaurants across the country. The trend has clearly resonated with some customers, even though the products aren’t necessarily healthy and are frequently prepared on the same grills as meat burgers, which means they are not technically vegan.

The burgers appear to satisfy consumers who love meat but feel better about eating plant-based versions due to environmental concerns.

Yet it’s been difficult to look at how fast the trend took hold and not conclude that too many chains jumped onto the bandwagon too quickly.

Not wanting Burger King and White Castle (the first big fast-food chain to introduce a center-of-plate plant-based burger) to get all of the credit, a lot of chains have scrambled to offer their own versions.

At some point, with so many chains offering these sandwiches, they cease to be a novelty. And then they end up on the discounted menu in a bid to drive traffic. The real risk is that the plant-based burger trend ultimately turns customers off, and companies spend important marketing and advertising dollars on something that fades after a short period.

There are certainly reasons for restaurant chains to offer more plant-based offerings, particularly as younger consumers demand more environmentally conscious menus. Yet it appears the plant-based meat trend has overheated.