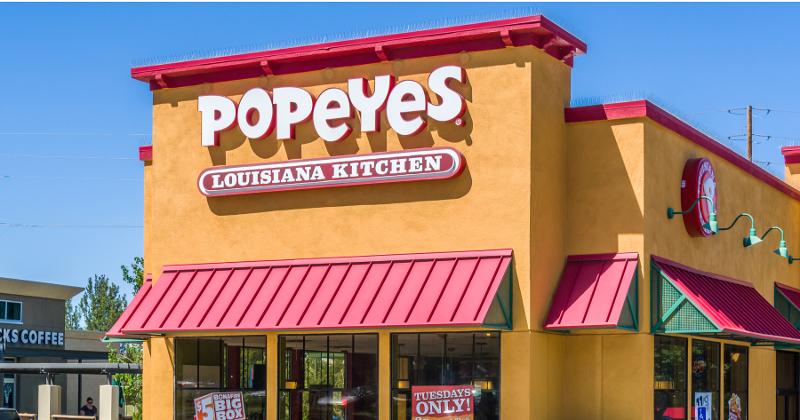 Popeyes Louisiana Kitchen is making a move on KFC’s turf.

The Miami-based chicken chain on Wednesday announced an agreement with Cartesian Capital Group to develop restaurants in China in the coming years. In the process, it will take Popeyes into a country dominated by its longtime rival, KFC.

Popeyes could move quickly if Cartesian’s recent track record is any indication. The firm started developing Tim Hortons locations in 2019. The Canadian coffee and doughnut brand already has 450 locations in the country. Tim Hortons, like Popeyes, is owned by the Toronto-based Restaurant Brands International.

“We are excited to build on our long-standing and successful relationship with RBI, spanning over a decade and most recently including our rapid development of more than 450 Tim Hortons cafes across China,” Cartesian Managing Partner Peter Yu said in a statement.

China is a gold mine for U.S. brands eager for international expansion. It is the world’s second-largest economy and is growing rapidly. Numerous restaurant chains are pushing aggressive expansion. KFC, McDonald’s and Starbucks, among many others, are aggressively adding units and companies like Papa John’s and Domino’s are pushing growth there.

But the country has had its challenges of late, driven by its “Zero COVID” strategy in which large cities are shut down for weeks or months at a time, sending sales plummeting. Same-store sales at Yum China, for instance, decreased 16% in the second quarter.

As for Popeyes, it also goes into a market dominated by KFC. The chain, which helped open China decades ago, is as popular there as McDonald’s is in the U.S. It operates 8,500 locations in the country and is on pace to add another 800 this year alone.

Still, it’s an important market for Popeyes as it works to build its international business. RBI’s business plan is predicated in part on aggressive international development, much as it did with Burger King starting in 2010.

Popeyes operates only about 3,800 global locations, with about 1,000 of them outside the U.S. But that international unit count is up about 50% over the past five years. And since last year, Popeyes has announced deals to enter South Korea, France, Romania, the U.K. and India, with expansion plans for Mexico and Saudi Arabia.