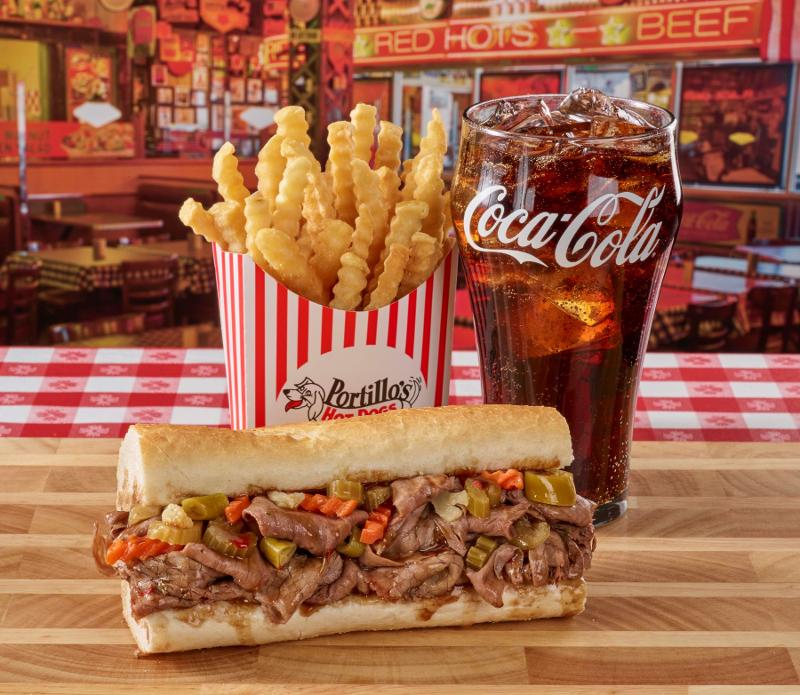 Portillo’s, the regional Chicago chain known for hot dogs and Italian beef sandwiches, set its stock price at $20 a share late Wednesday —the high end of its proposed range—as it prepares to begin trading on NASDAQ Thursday.

The 67-unit fast casual based in Oak Brook, Ill., intends to sell nearly 20.3 million shares in its initial public offering, trading under the ticker symbol PTLO. It has also granted a 30-day option to purchase up to just over 3 million additional shares at the IPO price.

Earlier this month, Portillo’s said it would price its shares between $17 and $20. In opting for the higher price, the 58-year-old brand signals confidence in its offering.

The stock was trading at nearly $29 a share by late morning Thursday.

The chain has previously said it plans to use its IPO proceeds to pay off the bulk of its $470 million debt.

The regional chain, which Dick Portillo launched near Chicago in 1963 in a trailer without running water, detailed aggressive growth plans in its filing, outlining its goal to swell to more than 600 units by 2046 and calling itself “well-positioned for global growth in the future.”

The chain steered itself through the pandemic largely on the strength of its drive-thrus, which grew from $3.4 million in revenue per unit in 2019 to $4.9 million today—a significant chunk of the company’s $7.9 million average unit volumes. Locations near Portillo’s home market posted AUVs of $9.1 million.

Portillo’s is preparing to open a half-size restaurant this winter in Joliet, Ill., that includes three drive-thru lanes but no indoor seating. The 3,750-square-foot prototype “opens up a lot of new avenues for us,” the chain’s VP of real estate previously told Restaurant Business.