There would seem no way possible 2012 could be as withering a year in commodity prices as 2011, and the New Year kicked off with positive news: Congress allowed its 30-year-old subsidies for corn-based ethanol to expire. Ethanol will still be produced, but commodity forecasters expect that in the long run, corn-based fuel production will take up less and less of the corn crop, meaning less competition and better prices for food uses. 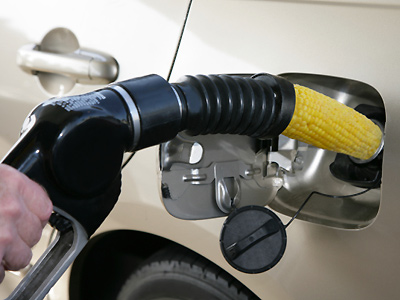 But what does the rest of the year hold? We asked commodity expert David Maloni, president of the American Restaurant Association, which analyzes and reports on commodity issues for foodservice subscribers.

What to watch: Exchange rate

One of the key factors in commodity price fluctuation is the value of the U.S. dollar versus other commodity-producing-countries’ currencies, namely the Euro, the New Zealand dollar, the Brazilian real and the Australian dollar. The higher the U.S. dollar is valued in relation to these, the better the domestic price is for commodities. The recent trend has been toward a relatively stronger dollar, especially in light of the troubled Euro. “The dollar is the best looking house in an ugly neighborhood right now,” says Maloni.

HOW TO TRACK IT: Google (see graphs below)

What to watch: Corn acreage

The problem of the last couple of years has been two-fold: weak crops and competition from bio-fuel, which have led to the tightest corn market in 15 years. “The economic incentive to plant corn is there,” says Maloni. “Current elevated corn prices versus fertilizer and other costs would provide a better profit over most other crop alternatives for farmers, like soybeans and wheat. ...Current circumstances should favor a corn acreage increase this year.”

HOW TO TRACK IT: USDA reports

What to watch: Protein production

Chicken was a good deal last year because of excess production. Maloni says that will change this year, with high prices for feed and last year’s overproduction driving 2012 production down. Similarly, feed prices and droughts in cow country will drive beef production down. Pork and dairy production should be slightly higher.

HOW TO TRACK IT: USDA reports